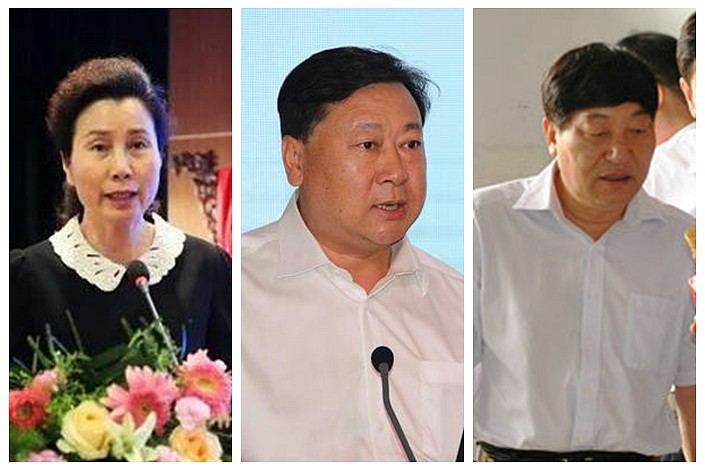 Three senior bank executives in Central China’s Henan province have been put under investigation by the country’s anticorruption agency over the past month, a development that signals an intensification of Beijing’s crackdown on graft in the region’s banking sector.

Zhou Lu, a member of the Communist Party committee and vice president of the main branch of Bank of China Ltd. (601988.SH), located in the provincial capital Zhengzhou, is being probed on suspicion of serious violation of party discipline and law, a phrase that usually signals corruption The announcement was made in a statement (link in Chinese) released April 2 on the website of the Central Commission for Discipline Inspection (CCDI), the party’s internal graft-buster.

Yang Bailu, a former deputy party secretary and former vice president of the main provincial branch of the Agricultural Development Bank of China, also in Zhengzhou, was placed under investigation by antigraft organs last month, according to a statement (link in Chinese) released at the time. Zhang Youbin, a member of the party committee and vice president of the main provincial branch of Industrial and Commercial Bank of China Ltd. (601398.SH), is also being probed (link in Chinese), a separate announcement late last month showed.

China has been aggressively tackling corruption since late 2012 after Xi Jinping became leader of the ruling Communist Party. The campaign initially focused on government institutions but later expanded into areas including the financial sector. Millions of officials have been ensnared in the multi-year campaign, according to government figures. In the finance sector, one of the most senior and high-profile officials to fall was Xiang Junbo, the former head of the China Insurance Regulatory Commission, who was placed under investigation in April 2017 and jailed for 11 years in June 2020. Yao Gang, former vice chairman of the China Securities Regulatory Commission, was jailed for 18 years in 2018 for corruption and insider trading.

In January 2019, the CCDI said it was deploying inspectors to multiple state-owned financial institutions to more forcefully tackle corruption in the industry. Six months later, the antigraft watchdog said it had placed Hu Huaibang, the recently retired chairman of the China Development Bank, the country’s top policy lender, under investigation. In the first seven months of that year, the CCDI started probes of at least 20 banking executives, a Caixin analysis of official announcements showed.

So far this year, of the seven banking executives across the country that have fallen under investigation, three were working at lenders in Henan, official statements show. It’s unclear whether there is a connection between the three cases.

Zhou, 58, took over as assistant president of Bank of China’s Henan branch in November 2010 and later become a vice president. Before that, she spent more than 20 years in senior roles in the credit and risk management departments in the bank’s main branches in Henan. She is being investigated by the Henan antigraft agency and a group dispatched by the CCDI to the bank, according to the official statement of the probe.

Yang, 65, retired in October 2015. He was appointed vice president of the Agriculture Development Bank of China’s Henan branch in June 2005 and was named deputy party secretary of the branch in December 2011. His investigation is led by the Shandong provincial antigraft agency and a team sent from the CCDI to the bank, although the statement announcing the probe did not elaborate on the Shandong connection.

Zhang, 56, has been vice president of Industrial and Commercial Bank of China’s Henan branch since May 2011. He was in charge of the branch’s institutional client business which includes government agencies and financial institutions, sources with knowledge of the matter told Caixin. He is also being investigated by the Shandong antigraft agency.