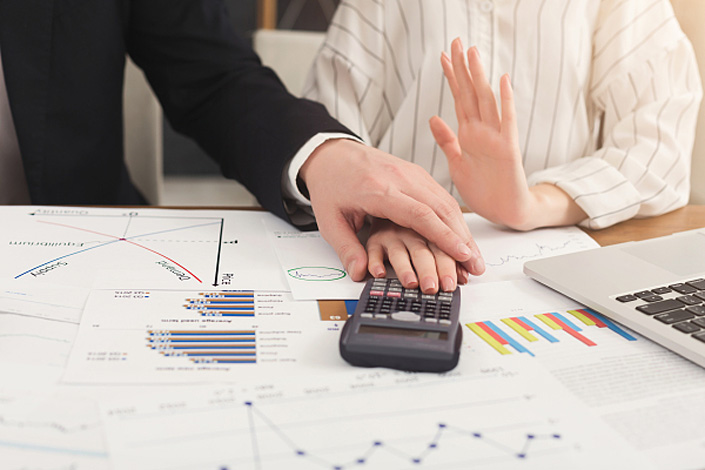 China’s legal safeguards against workplace sexual harassment should be toughened up, including by clarifying the responsibilities of employers, experts said at a Beijing seminar, after a sexual assault scandal at e-commerce giant Alibaba hit the headlines.

Police have detained two men on suspicion of “forcible indecency” after they were accused of assaulting a female employee at Alibaba Group Holding Ltd., according to a Saturday statement (link in Chinese). The detainees include the woman’s former supervisor.

Many have criticized Alibaba for not taking action until the woman’s allegations went public on Aug. 7. Su Wenwei, a Beijing-based lawyer, has said legislators should specify what kind of liability employers can face in sexual harassment cases, for example, joint liability or independent tort liability.

“Employers should not be allowed to abandon their liabilities, only facing public condemnation,” Su said Thursday at a Beijing seminar on preventing sexual harassment at work.

Since 2005, China has rolled out several laws and regulations to curb sexual harassment, including a revised law on women’s rights that prohibited sexual harassment and ensured the rights of women who were sexually harassed to report the abuse to their employers or the relevant authorities.

Last year, the Civil Code became the first national law to mention that companies have the responsibility to prevent, investigate and deal with a workplace sexual harassment, which followed the rise to prominence of the #MeToo movement in the country in 2018.

However, China’s laws and regulations on sexual harassment are relatively weak in practice, Su said, with some “neither offering positive guidance nor a deterrent effect, not to mention the weak role of relief and protection.”

In addition, the heavy burden of proof also makes many afraid to speak up, Su said.

Many find it difficult to even report harassment, due to the concern they won’t be protected from retaliation, Tang Fang, a director at the School of Law of China Women’s University, said at the same seminar.

In 2019, a Chinese woman working at a multinational retailer claimed that she had been harassed by an executive who took inappropriate videos and photos, Caixin has learned. She was fired for “seriously violating” company rules the same day she sent a group email containing some of these images and videos to her colleagues in protest.

Tang said when a sexual harassment case occurs, many female workers tend to seek help from their employers rather than turning to the police or organizations such as All-China Women’s Federation, which was established to safeguard women’s rights and interests. Thus, if employers improve the way they handle these cases, their workers’ rights can be better protected.

Su has suggested the authorities do more to bolster enterprises’ compliance, and called for more training for employees to make them aware of what constitutes sexual harassment and how to protect themselves.