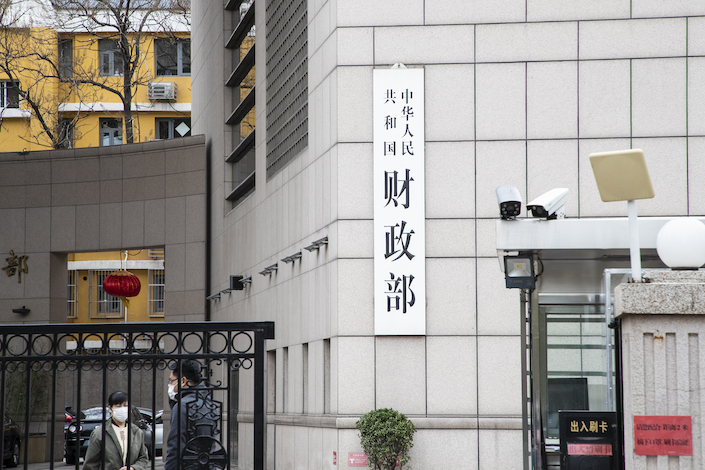 In 2021, local governments haven’t used half of the 3.65 trillion yuan of SPB quotas.

China will step up monitoring of projects supported by special government bonds and organize regular checks on the use of bond funds, a senior official at the Ministry of Finance said.

Fund allocations will be suspended for special bond projects that deviate seriously from their performance targets, Vice Finance Minister Xu Hongcai said Wednesday while reporting on implementation of the 2021 budget to the National People’s Congress Standing Committee. In addition, provincial governments will be allowed to adjust the use of funds in a timely way for projects that cannot be implemented due to insufficient preparation, Xu said.

Over the past month, local governments across the country have started to review their 2019 and 2020 special bond projects, Caixin learned.

Provincial, municipal and county-level governments in Guangdong, Guangxi, Henan and Ganxu disclosed on their government websites that the National Development and Reform Commission held a conference call July 21 on the review work. The review includes combing through project schedules, construction and fund use situations and taking corrective measures to improve fund efficiency, the governments said.

The provincial development and reform commission of flood-stricken Henan province proposed to accelerate the preparation of special bond projects to support post-disaster reconstruction, and stressed the reasonable arrangement of such projects to avoid increasing the risk of local government debt.

Special purpose bonds (SPBs) were introduced in 2015 to fund commercially viable infrastructure and public welfare projects. They are meant to be paid off from income generated by the projects they fund, in contrast with general bonds which can be retired from general fiscal revenue.

While leveraging infrastructure investment, risks of special debt projects have risen rapidly. As a large amount of special bond funds are not strictly used for public welfare projects with sufficient income, it will be increasingly difficult to repay the principal and interest on bonds in the future. In addition, due to the lack of preliminary preparation for the projects, there are widespread problems of inefficient and even idle use of special bond funds.

As part of its annual monitoring, the State Council had the National Audit Office investigate local governments’ debt management. The audit found that SPBs had been poorly managed with funds used to finance unprofitable projects. Some 41.3 billion yuan, or 3.25%, of the 1.27 trillion yuan of outstanding SPBs issued by 55 local governments were not used for the intended purpose, the audit showed. Some local governments invested 20.5 billion yuan in projects that had no income or whose annual income was insufficient to pay the principal and interest, prompting serious concerns about their solvency, the report found.

Last month, the Ministry of Finance ordered that the allocation of quotas for local governments’ borrowing via special purpose bonds be linked to performance targets for the projects the bonds fund.

China will deal with local fiscal and financial risks in a prudent and orderly manner and will crack down on all kinds of illegal activities that disrupt financial order, NDRC director He Lifeng said Wednesday while delivering a report on implementation of the national economic and social development plan to the congress.