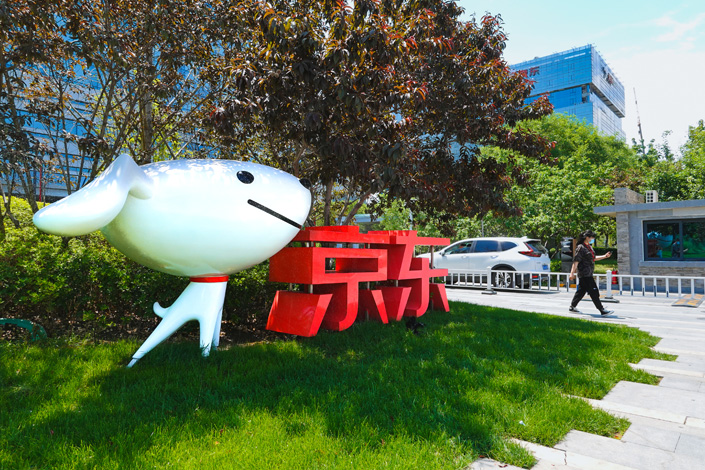 Chinese e-commerce giant JD.com Inc.’s net profit plummeted in the second quarter as its revenue and active buyer numbers jumped despite a sweeping crackdown on the country’s internet platform firms.

In the three months through June, the Beijing-based company’s net profit attributable to ordinary shareholders slid to 794.3 million yuan ($123 million) from 16.4 billion yuan a year earlier, while revenue rose 26.2% year-on-year to 253.8 billion yuan, according to its latest earnings report published on Monday.

The revenue growth was partly offset by increased spending on order fulfillment, marketing and administration expense categories that grew 23%, 56% and 80% year-on-year respectively to 14.6 billion yuan, 10.6 billion yuan and 2.6 billion yuan. Spending on research and development was more or less flat from a year earlier at 3.7 billion yuan. Order fulfillment refers to money spent for procurement, warehousing, deliveries, customer service and payment processing.

Retail accounted for 87.6% of JD.com’s second quarter revenue, excluding revenues that one company unit made that were earned from doing business with another, according to the report. Logistics made up 9.8% of the total.

The company finished the quarter with 532 million active customers, up by 115 million from a year earlier, the report said.

The financial results come against the backdrop of Chinese regulators redoubling efforts to combat anti-competitive practices by the country’s tech and internet giants, notably by slapping Alibaba Group Holding Ltd. with a record fine of $2.8 billion yuan in April.

During an earnings conference call on Monday, Xu Lei, the CEO of JD.com’s retail unit, told analysts and investors that the company has “completed a round of internal self-review and rectification” to ease the government’s growing concerns about monopolies, data security and misuse of algorithms in the e-commerce industry.

Xu hailed the recent regulatory tightening as “a good thing for the long-term and healthy development of the industry,” citing the fact that some brands, including Starbucks, have returned to JD.com following a government clampdown on the practice of forcing online vendors to sign exclusivity agreements designed to prohibit them from selling goods on rivals’ platforms.

Earlier this month, the State Administration of Market Regulation (SAMR) issued draft rules that banned internet platform operators from engaging in such practices.

The rules, which are open for public comment until Sept. 15, also stipulated that practices such as creating fake orders and reviews, misusing big data to charge unfair prices, hiding negative reviews and handing out cash to entice positive reviews constitute unfair competition.