By Flynn Murphy and Ma Danmeng 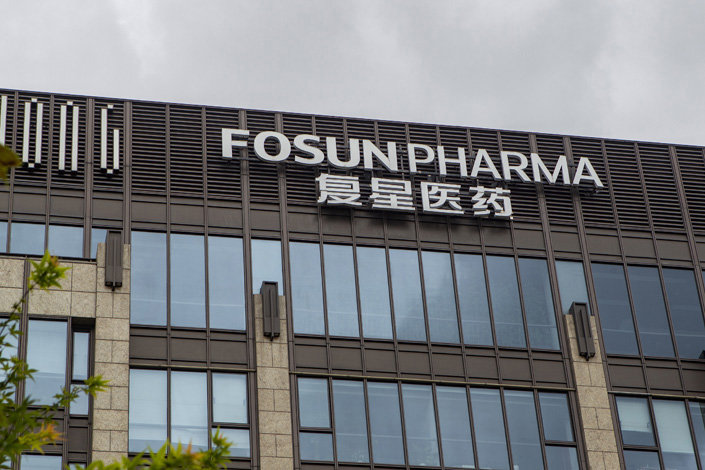 Leading Chinese drug developer Shanghai Fosun Pharmaceutical Group Co. Ltd. reported a 45% jump in first-half profits on strong sales of its cancer and anti-infection treatments, as it works to get approval to market a key foreign-developed Covid-19 vaccine in China.

Net profits attributable to shareholders were 2.48 billion yuan ($383 million) in the first half as revenues rose 21% to 16.52 billion yuan, buoyed by a more than threefold increase in sales of its cancer fighting treatments, which included its rituximab injection used to treat non-Hodgkin lymphoma, according to a statement posted Tuesday to the Hong Kong Stock Exchange.

Sales of drugs used to fight infections gained 45%, with these two therapeutic product categories contributing the most to revenues among the company’s drug portfolio. Income from regions outside the Chinese mainland also added to the company’s bottom line, gaining 28% and accounting for almost a third of total revenue as it sought to boost its overseas business operations.

Pharmaceutical drugs contributed about 12.25 billion yuan to the firm’s coffers in the first half, accounting for more than 72% of its revenue. That was compared to a 7.4% growth for medical devices and diagnostics.

Hong Kong and Macao sales of the Comirnaty Covid-19 vaccine, made with technology invented by Germany’s BioNTech and developed and commercialized elsewhere in the world by U.S. drug giant Pfizer, contributed 500 million yuan to Fosun’s sales, as approval for its use in the Chinese mainland languishes with regulators.

Fosun and BioNTech in May set up $200 million joint venture to manufacture up to 1 billion doses of the vaccine in China once it is approved for use. Fosun is BioNTech’s exclusive partner to market the drug in Hong Kong, Macao and Taiwan.

Fosun also has plans to eventually supply 15 million doses of mRNA vaccine to Taiwan, according to the earnings report.

That effort received a boost this week after U.S. regulators fully approved the messenger RNA (mRNA) vaccine for people aged 16 and over, after previously allowing its widespread use under an emergency authorization program.

Despite its proven success in preventing people from falling seriously ill and requiring hospitalization, Comirnaty is yet to receive a clear timetable for approval in China, sources with knowledge of the effort told Caixin.

That’s despite Fosun Pharma Chairman and General Manager Wu Yifang saying in June that local production lines for the vaccine were to begin operating in August.

Wu was more circumspect during an investor call Wednesday, only reiterating that domestic phase II clinical trials were ongoing and the regulatory process was “progressing normally.”

Wu said U.S. approval showed the FDA had faith in the vaccine’s technology and quality, and that evidence from that approval would be handed to regulatory authorities in Hong Kong and Macao where the vaccine is being used.

Those phase II clinical trials, being conducted in Jiangsu, were testing a double dose regime similar to that being used in the U.S., according to a plan posted at clinicaltrials.gov and last updated in February.

In July, Caixin reported that regulators were considering authorizing the use of BioNTech’s vaccine as a single-shot booster for people who have already been double-vaccinated with an inactivated virus vaccine, such as those manufactured by domestic firms Sinovac and Sinopharm.

Fosun Pharma did not respond to questions from Caixin, but said the approval process for Comirnaty was “proceeding normally in accordance with procedures.”

"The clinical trials and approval of the Covid-19 mRNA vaccine in China have been supported and cared for by multiple departments including the joint prevention and control mechanism, the National Medical Products Administration, the CPC Shanghai Municipal Committee and Shanghai government,” said Guo Guangchang, the chairman and controlling shareholder of Fosun Pharma, in a statement to Caixin.

Comirnaty works by delivering genetic instructions for making the virus’ spike protein inside healthy cells, which spurs an immune response. The mRNA shots have higher effectiveness rates than immunizations from domestic makers, including those from Sinovac Biotech Ltd. and Sinopharm Group Co.

More than one billion doses of Comirnaty had been supplied to more than 100 countries or territories around the world as of July, according to BioNTech.

“The original intention of Fosun in developing the mRNA Covid-19 vaccine was to proceed in line with the national interest and provide the country with a choice,” Guo told an investor call on Thursday.

While those in China concerned about future delta outbreaks and the efficacy of local vaccines are watching closely for a regulatory green light, Comirnaty is currently a small part of Fosun Pharma’s business.

The firm sought to underline its investment in innovative R&D in the first-half results, touting expenditure of some 1.5 billion yuan on areas such as innovative cancer drugs.