By Zhang Yuzhe and Bonnie Cao 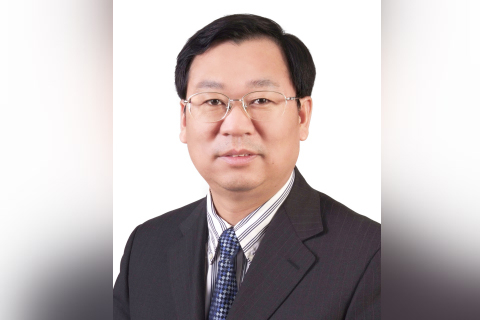 He Xingxiang, a vice president and a member of the bank’s Communist Party committee, came under probe for suspected “severe discipline and law violations,” the Central Commission for Discipline Inspection (CCDI) said Thursday in a statement on its website, without elaboration.

He, 58, is the second highest-ranking CDB executive to face a corruption probe this year. His investigation comes eight months after the bank’s former Chairman Hu Huaibang was sentenced to life for taking 85.5 million yuan ($13.2 million) of bribes.

He was taken away from his office Tuesday afternoon by the CCDI, Caixin learned from sources close to the matter. His last public appearance was attending a meeting in Beijing Aug. 5, according to the CDB website.

CDB has been hit in recent years by a lengthening string of graft scandals involving top executives. At least seven middle and senior executives have been investigated over the past two years. Zhong Daohua, a senior manager with CDB’s general affairs department, was probed in August. Xu Weihua, a former president of the bank’s branch in the southern island province of Hainan, was investigated in July.

The investigation into CDB’s former boss Hu was one of the highest-profile corruption cases in China’s financial industry. Another was that of Lai Xiaomin, former chairman of Huarong Asset Management Co., one of China’s four largest state-owned bad-debt managers, who was sentenced to death for bribery in January and executed.

Before joining CDB, He worked at Bank of China, one of China’s four state-owned commercial banks, for more than 30 years. He was also a vice president of the Agricultural Development Bank, another policy bank. It was unclear whether He’s suspected violations occurred during his work at CDB or in previous roles at other banks.

At CDB, He oversaw the lender’s risk, evaluation and operation management departments.

“Executives from the three policy lenders are taken for investigation one after another recently, signaling something imminent is about to happen,” said an executive from a policy bank.

CDB is the largest of China’s three policy banks by assets, followed by Agricultural Development Bank of China and the Import-Export Bank of China.

Seven mid-level executives at the CDB have been under investigation in the past two years, including three since July, while the number also reached seven at the Import-Export Bank of China, based on a Caixin tally.