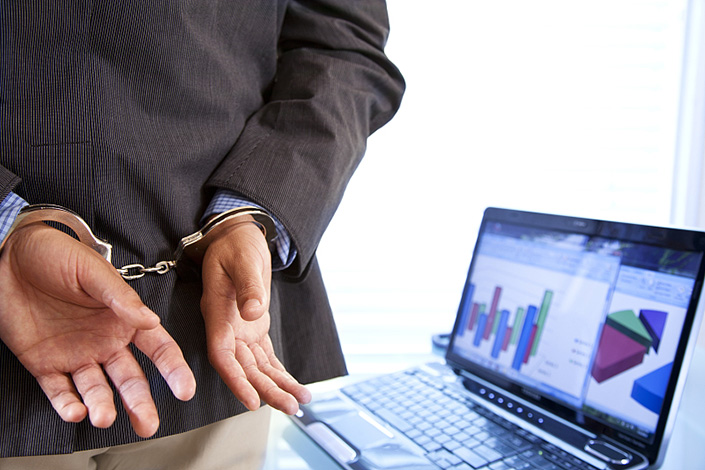 Xu Weihua, a former president of the China Development Bank’s branch in the southern island province of Hainan, is now under investigation by the Central Commission for Discipline Inspection. Photo: VCG

There’s no end yet to the scandals involving former executives at China’s top policy lender, as authorities have launched yet another probe linked to China Development Bank (CDB).

The 57-year-old Xu Weihua, a former Communist Party chief and president of the bank’s branch in the southern island province of Hainan, is now under investigation by the Central Commission for Discipline Inspection (CCDI), China’s top anti-corruption agency, and its local counterpart in North China’s Shanxi province, an official statement (link in Chinese) said Friday.

The statement said the pair will look into “suspected serious violations of discipline and laws,” a common euphemism for corruption.

Xu and his wife were both detained by graft busters on July 9 for alleged involvement in the CDB’s illegal lending to fallen oil giant CEFC China Energy Co. Ltd., sources with knowledge of the matter told Caixin.

In March, the CDB’s Hainan branch was fined 42.7 million yuan by the foreign exchange regulator for having illicitly provided Hainan Airlines Holding Co. Ltd. (600221.SH) with a letter of guarantee it used to guarantee a 2 billion yuan loan taken out by an offshore company linked to the airline’s backer, HNA Group Co. Ltd., Caixin previously reported.

Xu was president at the branch from March 2012 to December 2014, during which he was in charge of lending business related to CEFC and HNA. “Xu could be another breakthrough for a probe into major corruption,” a source within the CDB commented.

CEFC, the once-highflying oil and finance giant controlled by secretive tycoon Ye Jianming, secured immense financing from banks by exaggerating the scale of its trade deals, Caixin has previously reported. Ye was placed under investigation in 2018 for alleged economic crimes and CEFC was declared bankrupt in March 2020.

The CDB’s Hainan branch was a major lender to CEFC with the bank as a whole providing nearly 100 billion yuan of credit during the tenure of former CDB Chairman Hu Huaibang, who has been sentenced to life in prison for bribery.

Similarly, HNA had secured a total of about 80 billion yuan in loans from the CDB, Caixin previously reported.

Xu joined the CDB in 1997 and became a deputy president of the Hainan branch in 2007. After leaving Hainan in 2014, he was appointed head of the Credit Review Department at the bank’s headquarters, replacing Zheng Xudong, who had opposed the lending to CEFC and HNA. In April, Xu was demoted by the CDB for contributing to large amounts of nonperforming loans, according to the Friday statement.

Guo Yingzhe and Peng Qinqin contributed to this report.