Opinion: Why China-U.S. Relations May Be Showing Signs of Thawing 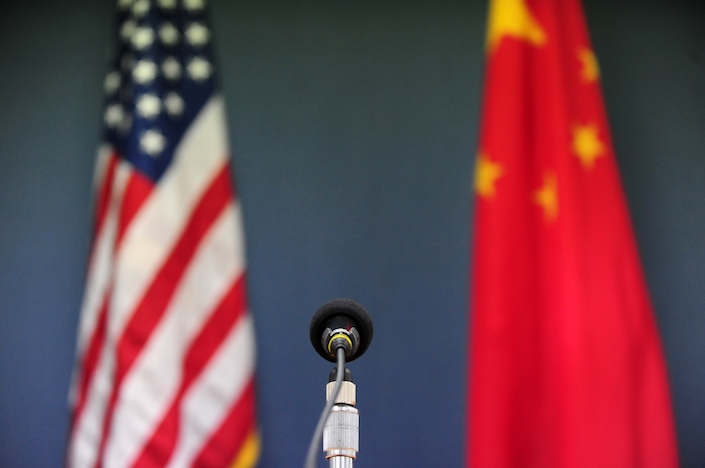 In the intervening seven months, China and the United States have held a series of high-level meetings. They included a strategic dialogue in Anchorage; a video conversation between Vice Premier Liu He — who leads the Chinese side of the China-U.S. comprehensive economic dialogue — and U.S. Treasury Secretary Janet Yellen; two visits to China by U.S. Presidential Special Envoy for Climate Issues John Kerry; and U.S. Deputy Secretary of State Wendy Sherman’s travel to China.

Qin Gang, China’s new ambassador to the United States, arrived there in July to take up his post. On the U.S. side, the Biden administration nominated an ambassador to China to fill a post left vacant for nearly a year since the former ambassador left China in October 2020.

During a normal period of China-U.S. relations, this series of interactions would not be seen as something special. But at a time when the U.S. strategy toward China is shifting and bilateral relations face unprecedented challenges, such meetings are particularly meaningful. As Biden framed it shortly after taking office, U.S.-China relations have entered a stage of fierce competition, but the two countries have still maintained and expanded contact as geopolitics around the world and in the Asia Pacific region evolved.

Recent signs of a thaw in China-U.S. relations came against the backdrop of the power shift in Afghanistan. The Biden administration has repeatedly said the withdrawal of troops from Afghanistan does not represent a failure of U.S. foreign policy. Yet it is undeniable that the Kabul moment will inevitably have a considerable impact on Biden’s domestic and foreign policies and personnel deployment over the next three years. At the same time, it will cast a giant shadow over the U.S. commitment to resume its role in multilateral cooperation.

Strategically, although the United States has withdrawn from Afghanistan and Central Asia, the stability and security of Afghanistan will not disappear from the American radar altogether. As a major force for maintaining regional stability, China has become a partner that the U.S. must seek to cooperate with. The evacuation of U.S. personnel remaining in Afghanistan and the domestic and foreign policies of Afghanistan under Taliban rule require coordination with stakeholders including China.

Changes in bilateral relations also reflect domestic problems facing the U.S. Externally, the Biden administration will focus on ameliorating the impacts of what happened in Afghanistan. Internally, it is seeking to push through a $1 trillion infrastructure package and a $3.5 trillion budget plan. The widening split between the Democratic and Republican parties and growing differences within the Democratic Party are weakening the administration’s executive power.

Now the 2021 G20 Rome summit and the 26th United Nations Climate Change Conference of the Parties (COP26) are around the corner. It is of particular importance that the two events proceed as scheduled after nearly two years of global shutdown amid the pandemic.

COP26 will focus on the climate crisis, a great concern for the wellbeing of all humans. The frequency and intensity of extreme weather events caused by climate change are increasing. The severe rainstorm in China’s Henan province this summer and Hurricane Ida in the U.S. both led to great human and property losses. China and the U.S. are the world’s two biggest greenhouse gas emitters. Without their coordination, it will be impossible to achieve vital temperature control targets by the end of the 21st century.

That’s why China and the U.S. communicate actively on climate change despite damaged relations. As a former presidential candidate and secretary of state during the Obama administration, Kerry is the most prestigious member of Biden’s cabinet. China is clearly aware of the significance of Kerry and climate change issues to the Biden administration.

Climate change stabilizes relations between China and the U.S. in a special period. In addition to meeting with his Chinese counterpart Xie Zhenhua during his second visit to China, Kerry also held phone talks with Foreign Minister Wang Yi, Vice Premier Han Zheng and director of the Central Foreign Affairs Commission Office Yang Jiechi. Kerry did not speak with Wang and Yang during his first visit to China. This signals that the purpose of Kerry’s second visit to China went beyond climate change.

As Xi said in his phone conversation with Biden, it is not a question of if, but rather a question of how to improve China-U.S. relations. Biden said the two countries have no reason to fall into conflict as a result of competition and that the U.S. has no intention of changing the one-China principle, defusing China’s concerns over a key issue.