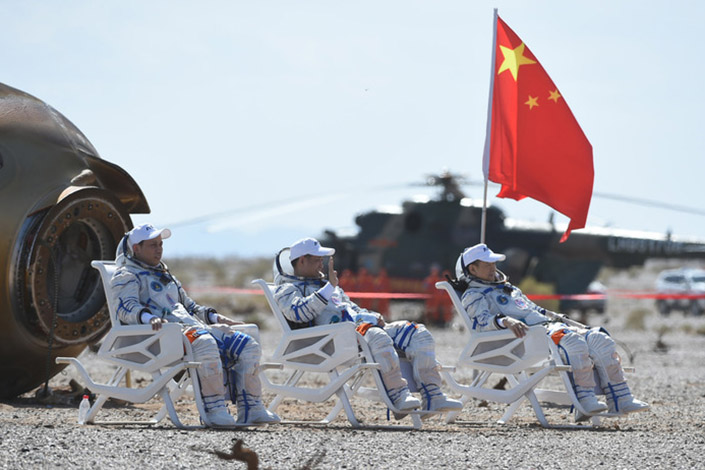 The landing marked the end of China's seventh crewed mission into space.

Preliminary physical checks showed the three astronauts were in good health, state-run Xinhua News Agency reported (link in Chinese). They emerged from the capsule at around 2:10 p.m.

In an interview with state-run CCTV, Liu, who celebrated his birthday on Friday, said: “Thank you for your concern and best wishes. I won’t forget this birthday as long as I live.”

“The universe is vast and beautiful and fascinating,” Liu added.

During the mission, which departed on June 17, the astronauts carried out two space walks, installing equipment and performing other tasks.

The team tested key technologies, techniques and materials for the space station’s construction and operation, according to China’s Manned Space Engineering Office.

China hopes to complete construction on the Tiangong within two years, Hao Chun, head of the China Manned Space Engineering Office, said in May.

If all goes to plan, the mission will be followed by the Shenzhou-13 manned spacecraft, which is scheduled to be sent into space in October and remain there for six months. The Tianzhou-2 cargo spacecraft will deliver supplies to the Tianhe core module later this month.