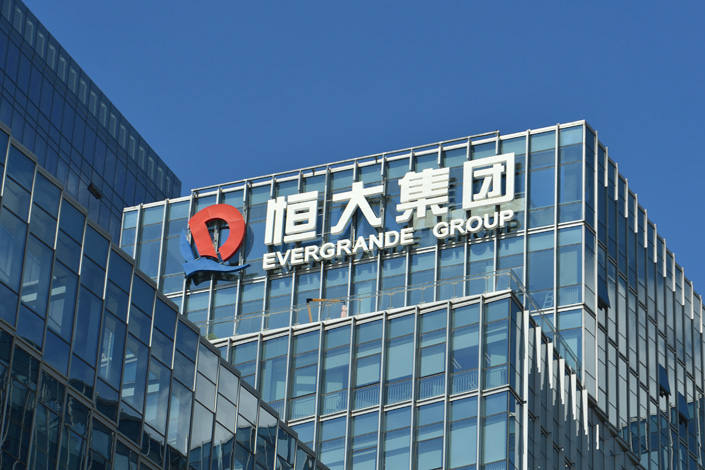 Some of China Evergrande Group’s major bank creditors are trying to calm jittery investors about their links to the teetering developer, as fears persist that the company’s enormous debts could spark contagion in the financial system.

In response to an online question, China Zheshang Bank Co. Ltd. (601916.SH), one of Evergrande’s major creditors, said that it has loaned Evergrande 3.8 billion yuan ($587 million) in total, a risk that is “controllable” because there is “sufficient” collateral backing the loans, according to a Q&A website (link in Chinese) run by the Shanghai Stock Exchange.

Evergrande’s 2020 annual report listed 20 banks as major business partners, more than half of which are listed, but Zheshang Bank was the only bank that had disclosed an exact figure for how much it is owed as of Thursday morning.

China Everbright Bank Co. Ltd. (601818.SH), China Minsheng Banking Corp. Ltd. (600016.SH), and Industrial Bank Co. Ltd. (601166.SH) all responded with similar wording — that any debt risks from Evergrande are “controllable” or that there is “sufficient” collateral available to cover its debts, including land, homes and real estate projects under construction, according to the website.

At the end of June, Evergrande still had nearly 2 trillion yuan ($309 billion) in liabilities on its books, plus an unknown amount of off-book debt. Stock market investors are worried that the property giant’s huge debt will spark a chain reaction of financial problems across the economy.

This phenomenon, called contagion, is what investors and regulators fear when a heavily indebted company that owes money to many creditors in many different parts of the economy — like Evergrande — teeters on the brink of collapse. Even investors who have no direct stake in the company have reason to worry.

That’s because even if they know exactly who the company owes money to, and how much, they have no way of knowing everyone its creditors are indebted to. This is especially true for a company with a lot of creditors like Evergrande. When the troubled company defaults, it might leave some of its creditors in similar financial peril. And it quickly becomes very difficult to determine where the dominoes will stop falling.

Evergrande’s liquidity crisis came amid tightening real estate financing regulations and fallout of the Covid-19 pandemic. In recent months, it missed payments due to suppliers and investors who had bought its wealth management products, triggering protests, although it made multiple efforts to raise cash to repay debts, including selling homes at big discounts and stakes in subsidiaries.

Read more
In Depth: How a Liaoning Bank Got Sucked Into the Evergrande Vortex

State-owned China Citic Bank Corp. Ltd. (601998.SH) has also been asked a similar question on the Q&A website. One of the biggest bank creditors of Evergrande, the lender has not yet responded to any Evergrande-related questions.

Other banks, even without being named as major business partners, also have received similar concerns on Q&A websites run by the Shanghai and Shenzhen stock exchanges.

Jiangsu Changshu Rural Commercial Bank Co. Ltd. (601128.SH) revealed on Wednesday that at the end of August, it had only one outstanding loan to a company controlled by Evergrande, which was worth 3.9 million yuan. Bank of Jiangsu Co. Ltd. (600919.SH), Bank of Zhengzhou Co. Ltd. (002936.SZ), and Qingdao Rural Commercial Bank Corp. (002958.SZ) all emphasized that their business involvement with Evergrande is relatively small but without revealing amounts.

The investors’ concerns over Evergrande are not unreasonable. Back in July, a loan dispute that Evergrande had with China Guangfa Bank Co. Ltd. led to the freezing of $20 million in deposits held by two of its onshore subsidiaries.

At the end of June, Evergrande’s outstanding interest-bearing borrowings from banks and other creditors reached 571.8 billion yuan, including 240 billion yuan due within a year, its latest interim report shows.