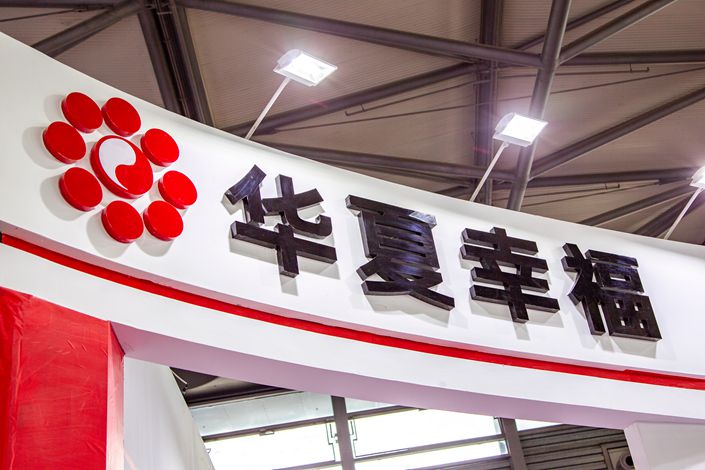 Debt-ridden property developer China Fortune Land Development Co. Ltd. (600340.SH) has proposed a debt restructuring plan, nearly eight months after the company rattled the market with billions of yuan in debt defaults. But creditors said the plan may be hard to deliver.

China Fortune Land unveiled the restructuring plan Thursday night to deal with nearly 270 billion yuan ($41.7 billion) of debt by conducting asset sales, debt-to-equity swaps and business divestitures. The company’s Shanghai-traded stock, which has been suspended since Sept. 24, will resume trading on Oct. 8, China Fortune Land said in a filing. Before the trading suspension, the company’s share price plunged nearly 70% from the beginning of the year due to its financial woes.

China Fortune Land’s plan came more than 200 days after a creditor committee was formed to represent 120 creditors and negotiate with the company on debt repayment plans. It is also at a time when China’s property market faces mounting financial stress that has been heightened by the debt crisis of China Evergrande Group, one of the country’s largest developers.

According to the current plan, China Fortune Land will repay 219.2 billion yuan of debt by asset sales and equity swaps. It also plans to spin off projects with repayment obligations worth 50 billion yuan.

Another 90 billion yuan of debt will be extended or paid in installments, said the company.

Caixin learned that China Fortune Land briefed its bond managers and underwriters Thursday morning before the release of the debt restructuring plan. A person with knowledge told Caixin that the meeting lasted one hour and left many unanswered questions.

“It remains unclear about the time to make the repayment and how some of the debt will be paid in installments or be extended,” said the person. China Fortune Land will resume talks with creditors after the week-long national holiday starting Friday, said the source.

The company didn’t elaborate on what assets will be sold under the restructuring plan. Caixin learned that the company is set to sell one of its key commercial and residential complex projects in Hebei province to a company controlled by the Hebei government.

But some creditors said they are not satisfied with the repayment plan, citing uncertainty over asset sales in a cooling property market.

China Fortune Land is the first developer that fell into trouble when Chinese regulators toughened financing rules to rein in the debt-laden sector last year. Signs of its cash crunch first emerged in November 2020 when the company asked Ping An Insurance (Group) Co. of China Ltd., its second-largest shareholder, for loans so it could repay its debt, Caixin learned.

In early February, China Fortune announced it had defaulted on 5.3 billion yuan in debt. The company attributed the defaults to the economic and industry conditions of the time, coupled with the impact of the Covid-19 pandemic.

In March, China Fortune Land and its subsidiaries again failed to repay 8.38 billion yuan in principal and interest on a mishmash of new debt, including bank loans, trust loans, bonds, and other debt financing tools.

In the first half of this year, China Fortune Land booked 21 billion yuan in revenue, down 43.6% from a year earlier. The company reported a 9.5 billion yuan net loss.