In Depth: As Southeast Asia Racks Up Oil and Gas Deals, China Sits on the Sidelines 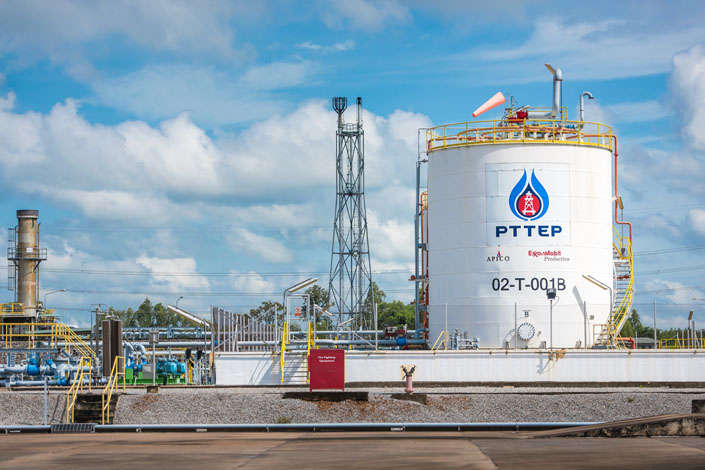 After plummeting in 2020, oil prices have rebounded in 2021 and upstream merger and acquisitions (M&A) have started to pick up.

During the second quarter of 2021, global upstream M&A in the oil and gas industry hit $33 billion, the highest quarterly value since the second quarter of 2019, according to Enverus, an energy data analytics company. During this period, seven deals worth at least $1 billion were made, the largest number of such deals in a quarter since 2014.

Buyers from Southeast Asia have been highly visible in this round of asset sales. China’s state-owned oil companies, long active players in oil and gas M&A, have been unusually quiet during this current boom. Analysts said that issues such as the transition to clean energy, tensions between China and the United States, increased wariness of overseas investments, and the need to coordinate existing overseas assets have all created uncertainties or headaches for the Chinese oil giants, making them extremely cautious about wading into the global market.

The Covid-19 pandemic has wounded the global economy, leading to a drop in demand and wild fluctuations in oil prices. However, it has also driven European energy companies to speed up divestment of their low-value, upstream assets, in a push to streamline their portfolio to focus on core, high value assets that are resilient to fluctuating commodity prices and can fund their low carbon transitions. Their American competitors, who have been very conservative in their energy transition in the past, are under growing shareholder pressure to change.

Zhu Kunfeng, director of upstream research at IHS Markit Ltd., an energy consulting agency, said that the companies with oil and gas assets up for sale can be divided roughly into three categories. The progressives, represented by BP PLC, have made it clear that their upstream businesses should be divested. Royal Dutch Shell PLC and France’s TotalEnergies SE are adopting a somewhat two-handed strategy — developing low-carbon businesses while continuing to invest in oil and gas. Companies like the U.S.-based Exxon Mobil Corp. and Chevron Corp. have been more conservative with their transitions.

“Overall, most of the upstream assets that international oil companies have divested in recent years are inefficient assets of relatively low quality,” said Chen Weidong, dean of the Minde Research Institute. However, he believes that international oil companies’ assets are of relatively high quality in general. Buyers may benefit by cherry-picking those up for sale, even though the current owners see them as inefficient.

Active buyers in the oil and gas M&A market include the national oil companies of crude-importing countries, private equity firms and independent exploration and development companies. The assets that the international oil companies are divesting still have some appeal to companies looking to meet growing energy demand, expand the scale of their businesses or simply to improve their bottom lines.

In the Asia-Pacific region, emerging oil companies such as Thailand’s state-owned oil and gas company, PTT PCL, are in search of high-quality assets. To fill the widening gap between demand and production of oil and gas at home, they have either relied on investing in overseas oil and gas assets or resorted to nationalizing the local assets of international oil companies.

In February, PTT Exploration and Production Public Co. Ltd. (PTTEP), a subsidiary of PTT, announced that it had acquired 20% of gas block in Oman from BP for $2.6 billion.

Thailand has become an M&A leader in the upstream and midstream parts of the oil and gas industry. Since June 2019, PTTEP has invested in the aforementioned Block 61 of the largest onshore oil field in Oman, and the only natural gas liquefaction complex in the Arab country. In December 2020, it announced a five-year $23.6 billion investment plan to maintain petroleum production, accelerate key development projects and look for investment opportunities in Southeast Asia and the Middle East.

The 2021 edition of the International Trade Association’s Energy Resource Guide shows that Thailand relies on imports for more than half of its energy needs. The country’s foreign dependence is likely to increase as known oil and gas reserves run dry.

Other Southeast Asian countries also have a growing demand for energy to meet. A report by the International Energy Agency issued in October 2019 pointed out that every country in the region was on its way to becoming a net importer of fossil fuels.

By 2040, Southeast Asia’s energy demand is expected to rise by 60% from the 2019 level due to the growing economies and populations in the region, according to the report. By that time, Southeast Asian countries’ oil import dependency will exceed 80%, up from about 65% in 2019.

The Asia-Pacific region is home to many oil and gas importers whose state-owned oil companies are prospective buyers of upstream assets, said Zhu from IHS Market. The oil price shock of 2020 prompted international oil companies to strip away noncore oil and gas assets in areas such as Southeast Asia, creating acquisition opportunities for domestic companies in the region.

For instance, in May 2021, Shell reported that it would sell the entirety of Shell Philippines Exploration BV, including the Malampaya deepwater gas field for $380 million. The buyer is a subsidiary of Udenna Corp., a Philippine oil company. The Malampaya gas field reportedly meets 30% of the Philippines’ electricity demand, but is projected to run dry in 2027.

If the deal goes through, Udenna will obtain a controlling interest in the Malampaya gas field with a 90% stake, including the 45% interest it had previously acquired from Chevron. The remaining 10% stake belongs to a subsidiary of Philippine National Oil Co. Udenna intends to increase output and extend the gas field’s lifespan.

Malampaya is just one of many old gas fields in Southeast Asia that is nearing the end of its life. Even oil-and-gas-rich countries such as Indonesia are becoming net importers. The volatile political situation and the industrial policies of some Southeast Asian countries have also forced several international oil companies to pack up and go, leaving state-owned oil companies to take over.

On Aug. 9, for instance, Indonesia’s state-owned oil company Pertamina took over the country’s second-largest oil and gas block from Chevron after the U.S. company’s 97-year contract for the Rokan block expired. According to data published in August by SKK Migas, Indonesia’s regulator for upstream oil and gas business activity, the Rokan block produced 700,000 barrels per day in its heyday, accounting for 46% of Indonesia’s total crude oil production at the time. At present, its daily output stands at 160,000 per day, 24% of the nation’s total. Pertamina aims to increase production to 1 million barrels a day by 2030.

Besides state-owned oil companies, private equity firms are also interested in oil and gas assets. In February 2021, ExxonMobil agreed to sell most of its assets in the U.K. North Sea for at least $1 billion to NEO Energy, a company backed by a Norwegian private equity investor.

In general, private equity firms are financial investors. Zhu from IHS Market believes that international oil companies’ assets in the U.K. North Sea are old gas fields that could be costly to dispose of. Some companies backed by private equity firms are willing to take over old gas fields, using economies of scale to reduce disposal costs, which is also in the interest of international oil companies.

In interviews with Caixin, many have pointed out that although international oil companies are selling off their upstream assets to meet emission targets, this process will not help the global upstream oil and gas industry reduce the use of carbon. On the contrary, decentralized assets become more difficult to regulate. Small and midsize operators are less adept at operation, accounting, and emergency management and run the risk of increasing the carbon emissions of oil and gas assets.

“The entire industry is keeping an eye on PetroChina, Sinopec and CNOOC,” Zhu said.

That’s because Chinese companies have been the biggest buyers of oil and gas assets since the 2008 financial crisis. Besides, China’s state-owned oil companies still have the capability and motivation to invest overseas.

The last wave of overseas oil and gas acquisitions by the Chinese oil giants took place between 2009 and 2013. Following the global financial crises, the companies wanted to take advantage of the low asset prices of the time to make acquisitions that could fill holes in their stable of resources.

In 2012, CNOOC bought Canada’s Nexen for $15.1 billion, making it China’s largest foreign takeover at the time. A year later, PetroChina acquired an 8.33% share in Kazakhstan’s Kashagan Field for $5 billion.

Many bitter lessons were learned during this period.

Chen of the Minde Research Institute estimates that the three Chinese oil majors spent over $100 billion on foreign takeovers during this period, some of which turned out to be nonperforming assets.

For instance, Sinopec acquired Occidental Petroleum Corp.’s subsidiary in Argentina for $2.45 billion in December 2010, taking ownership over exploration and production blocks. A source revealed that these assets were sold to an Argentine oil company in the first half of 2021 at a price of $240 million, about 10% of what Sinopec paid in its initial investment.

The Argentine project suffered long-term losses and became a money pit for the Chinese company. Sinopec’s internal audit report suggested that inadequate pre-acquisition due diligence led to production capacity to be overestimated and costs to be underestimated.

The faulty due diligence, the report said, did not adequately consider the impact of inflation, union worker strikes and other issues that could directly hurt production in Argentina.

The lingering bitterness from the last wave of M&A has prevented Chinese oil companies from joining in on the most recent buying spree.

In fact, PetroChina was a prospective buyer for shares in Oman’s Block 61. According to S&P Global Platts, the company had planned to purchase 10% of the block for $1.5 billion in July 2020, but did not follow through.

It’s not a good time for Chinese oil giants’ to invest abroad, Chen said. The last acquisition frenzy that China played a major role in was a seller’s market. The idea was that as long as global demand for oil and gas kept rising, location and transportation of assets were trivial matters — and China’s domestic market could make up for whatever premium on price the companies paid overseas. But those days are over.

Luo Guoping contributed to this article.