Fred Hu: Is It Still a Good Idea to Invest in China After the Regulatory Storm? 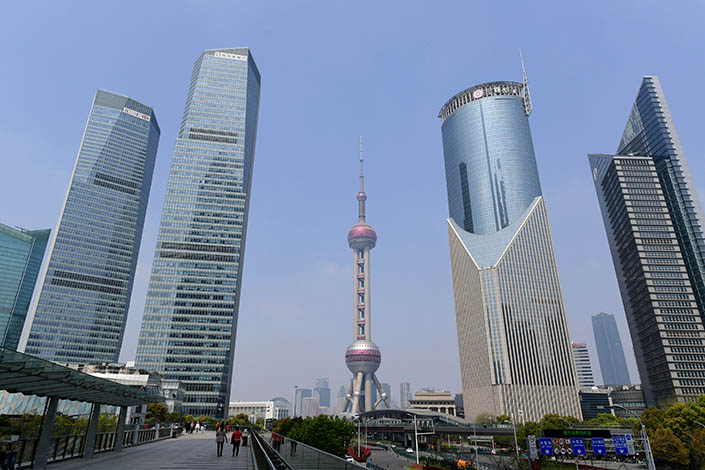 Recently, China has rolled out a series of tough regulatory measures aimed at the technology sector, which have caused great volatility and unease in the financial markets. These regulatory actions have been interpreted as assaults on the tech industry and, more generally, private enterprise. They have led many people to allege that China is no longer investable due to the escalating political and regulatory risks.

However, I’d suggest instead that we interpret and seek to understand China’s regulatory signals both from a global prism and a historical one.

When you look at the world today it’s clear that China has developed one of the largest and most sophisticated digital technology ecosystems, rivaling even the U.S. in terms of breadth and depth. There is no doubt that the prosperity of the digital sector has brought about tremendous and positive impacts for China’s economy and society. It has benefited the daily lives of its people by not only bolstering efficiency and productivity, but also providing consumers with incredibly diverse, rich and accessible products, services and information.

Conversely, the propagation of the same internet-based technologies has also led to concerns over potential abuses of market power, data security and consumer privacy. These fears have spread across the globe and not just in China. Antitrust measures, data security and privacy protection have become three major issues that meet the general concerns of governments around the world. The E.U. and its regulatory bodies have probably been most proactive in tackling these issues. By contrast, China, much like the U.S., had historically been relatively hands-off when it came to regulating the tech sector.

However, like the regulatory measures undertaken by the EU, China’s new policies are also designed to address growing public concerns and plug regulatory gaps. Meanwhile it is worth noting that the Biden administration in the U.S. is also contemplating the roll-out of similar measures. All told, viewed through a global lens, China’s regulatory intentions and goals are strikingly similar to those of other countries. If you want to pick out a point of difference, it is that China has so far adopted a far stricter and more heavy-handed approach to regulation and enforcement.

In order to understand the approach, we should consider the developmental journey of China’s market economy. The transition from a central planned economy to a market economy (with Chinese characteristics) has taken many decades. Even today, China’s economy is still permeated with the distinct traditions and customary modes associated with administrative rulemaking and state planning. In emerging and complex fields such as the internet and financial technology, regulators are still exploring the boundaries when it comes to formulating communication methods to explain their policies to markets, and continue to learn how to balance the efficient adaptation of policies without causing the market to panic.

Part of the reason why this round of regulatory tightening has been seen as abrupt and harsh is because the government is still learning the ropes while facing a complex, volatile and vibrant new economy. Moreover, different regulatory bodies, such as internet, educational, industrial, and financial regulators, need to communicate and coordinate in a better way to ensure that implementation of regulatory policies can give due consideration to economic and social interests and, at the same, reduce regulatory costs. The current capital market overreaction and investor panic demonstrate that there are still many gaps in communications between supervision and the market, which need to be improved.

However, no matter if it is in Silicon Valley, Boston, Hangzhou, or Shenzhen, as tech firms become more influential, governments are bound to play more of a regulatory role. That is a reality that investors must face. Therefore, sophisticated professional investors should cut through the short-term noise and focus instead on the long-term returns and the bigger picture.

In my opinion, the intention of these regulatory policies is not to crack down on the technology industry or to stifle the innovation and development of the private sector. The government is trying to strike a balance between “strengthening regulation” and “giving companies a moderately relaxed development environment.” An ultimate possible outcome is that relevant departments and tech companies reach a consensus and a win-win situation through consultation and communication. They may also explore a set of reasonable and effective regulatory frameworks, which not only can safeguard public interests but also promote prosperity and innovation of the tech industry.

How to choose sectors and investment targets?

Although it has been widely speculated in the media and by some market participants, this round of regulatory storms is not targeting any iconic enterprises or specific entrepreneurs. We actually see increased regulatory pressure on almost all sectors under the consumer internet umbrella — from fintech to e-commerce, from social media to online games, from delivery to shared mobility, and education tech in particular.

However, this doesn’t mean that there are no longer investment opportunities in China’s consumer internet sector, and that investors should just give up and leave.

Long-term investment should be based on the future. China’s fundamental and structural growth will not change due to drastic short-term policy adjustments. The growth dividends are not going to disappear. China remains one of the largest and most dynamic digital consumer economies in the world. Despite the short-term policy overhang, leading consumer internet companies will make every effort to adapt to the new regulatory environment, adjust and innovate their business models, and unleash new growth potential.

Obviously, the government continues to send out positive and strong policy support signals to certain science and technology sectors, such as the “hard tech” sectors including semiconductors, industrial internet, artificial intelligence (AI), advanced manufacturing and biotechnology. Meanwhile, benefiting from “carbon neutrality” policy support, some relevant sectors such as new energy and low-carbon technology are also bound to be new investment hotspots.

Now, which companies are “investable” under the new regulations?

I’d suggest focusing on these three aspects: First, does the company have innovation in its underlying technology? Second, is the business model strong enough? (I’d add that companies with more stable and mature business models will be able to obtain greater market share). The third aspect is the quality of the company’s human capital, including the management’s cognitive structure, corporate governance mechanism and compliance culture.

As tech companies grow and their economic and social impact expands, a firm with forward-looking and open-minded management will foresee the need for supervision, and proactively assuages public concerns by actively assuming greater social responsibility to prove that their technology is good. Excellent entrepreneurs will endeavor to embrace oversight, minimize downside risk and actively explore new ways to achieve innovation and growth in a stricter regulatory environment.

In recent years, China’s economic growth has been slowing, and many investors are concerned about whether investment institutions can still find investment opportunities in such a macroeconomic environment. Let’s take a look at America: despite a highly mature economy with a long-term GDP growth rate of around 2% to 2.5%, private equity as an asset class continues to grow in the U.S. and outperforms the S&P 500 by a large margin. Similarly, China’s private equity sector has the potential to achieve good returns even amid the slowdown of economic growth.

Besides emerging technology industries, traditional industries also have opportunities for technological upgrade and innovation, such as utilizing digital technology to transform business, improve efficiency and cut costs. Transformation of traditional industries through science and technology is also a major trend supported by policy. International investors should pay particular attention to China’s active responses to tackle climate change. The country is leading the world in renewable and clean energy, electric vehicles and battery technology.

In the 13th and 14th five-year plans, which run between 2016 and the end of 2025, the Chinese government’s economic development concept has become increasingly clear, and it makes plain the relatively extensive growth model in the past cannot be sustained. The future growth must rely on innovation, efficiency, and quality, and ultimately on the competitive vitality of the market economy. If China continues to attach importance to and develop the market economy, new investment opportunities will emerge continuously.

China has already become a global innovation superpower and will become the world’s largest economy in a few years. There is no doubt that China will continue to present tremendous opportunities for global investors in the future.

Fred Hu is an economist and founder of Primavera Capital Group.