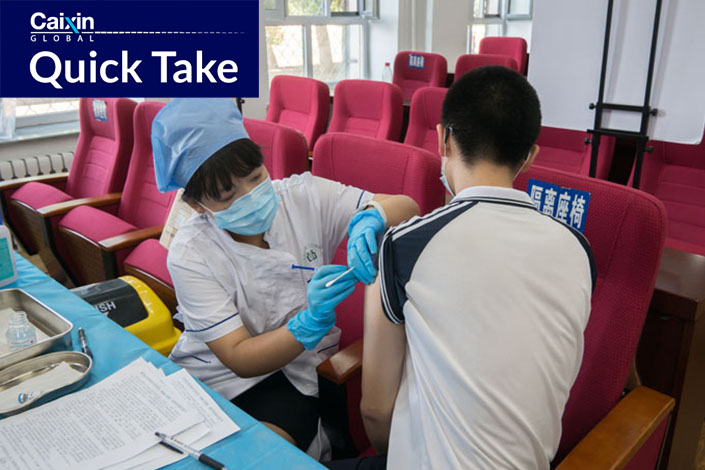 What’s new: The northeastern city of Qiqihar has joined a handful of other Chinese cities in offering Covid-19 vaccine booster shots to adults under 60 as local flare-ups of the delta variant continue to pop up around the country.

Health authorities in the Heilongjiang province city are offering booster shots to those aged 18 to 59 who have been fully vaccinated for at least six months, according to a Thursday statement (link in Chinese). Priority for additional doses will also be given to fully vaccinated seniors aged 60 or over who are considered to be at higher risk of developing serious symptoms if infected.

The background: Heilongjiang has reported nearly 100 local infections in its latest flare-up that started Sept. 21. Authorities said the first three patients infected in the flare-up, which was detected in the provincial capital of Harbin, have the highly contagious delta variant.

Several Chinese provinces have also announced plans to roll out booster shots, including Henan, Zhejiang and Guangdong, some of which have reported local outbreaks over the past few months.

As of Wednesday, China had administered more than 2.2 billion doses of Covid-19 vaccines, according to data from the National Health Commission.