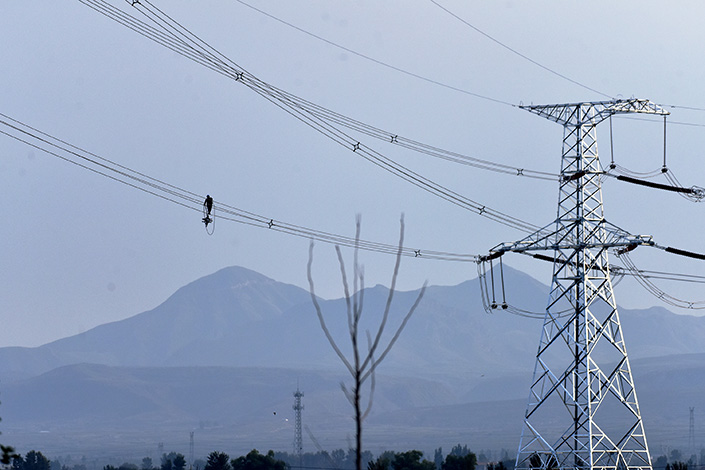 European companies in China have urged local governments to provide “clear, transparent and predictable” power plans to avoid production and supply chain disruption amid ongoing regional electricity shortages that they predicted could continue until next March.

Jorg Wuttke, president of the European Chamber in China, and the chamber’s regional chairs made the appeal in a press conference on Wednesday, saying they understand the complex challenges the Chinese government is facing to tackle the severe power shortage since September, mainly due to soaring coal prices.

Wuttke noted that he did not see “discrimination” in terms of power cuts among foreign companies and Chinese state-owned enterprise (SOEs) ― both have been hit by the power shortages that led to certain levels of operation suspension. He also said local governments have been maintaining communication to help European firms navigate the current difficulties.

However, he said local governments ― particularly in northeastern Liaoning, Jilin and Heilongjiang, eastern Jiangsu and southern Guangdong provinces heavily hit by power shortages ― have not been able to provide member companies clarity on the schedule of power cuts, which often resulted in abrupt suspension of operations that would risk production safety and supply chains.

The chamber’s regional chairs said during the press conference that local governments’ orders of operation suspension often came in a last-minute notice on a daily basis without forewarning. “We need far better communication from the government in order to help our companies cope,” Wuttke said, “We don't ask for privileges, we just ask for clarity.”

The appeal came as businesses and homes in China have been suffering from severe power shortages ahead of the upcoming winter heating season. Beijing has been taking emergency measures to tackle the challenges, including prioritizing residential energy consumption and raising caps on electricity to help power plants ease their financial woes.

Klaus Zenkel, the chamber’s South China chair with 300 member companies in Guangdong, said the power shortages in the province started in May and have been ongoing. He said members reported that they were asked on short notice to shut down operations for “one, two or even three days a week.” He added some member companies in the city’s Huangpu district could not operate on 13 out of 15 days from mid-September to end of the month.

Zenkel said some companies have been using diesel generators to power their operations, while their customers from Europe have been expressing concerns about whether they could sustain their production.

The South China chair said the Guangdong government has been in close contact with the chamber to assess the situation on the ground, and also established a “dedicated project team” to tackle the issue, including seeking more coal supplies from other parts of China.

Since mid-September, member companies in the province started to receive specific demands, sometimes in the middle of the night, about power cuts coming. “There is no plan,” Weber said, basically “day-to-day announcements” and “from shift to shift.” The only exception is the municipal government in the city of Wuxi which issued a power cuts plan for a whole month for companies at least in one of its economic zones, he said.

The chamber’s roughly 60 member companies in Liaoning province did not experience power cuts until the end of September, the Shenyang Vice Chair Harald Kumpfert said. “We have some extreme cases,” he said, adding the power cuts schedule for one company changed “five times a day.”

Adam Dunnett, the chamber’s secretary general, said, “We want timetables and plans so that we can work with the government to address the challenges.” He added that the situation “varies from one region to another. So we're willing to take that different approach for different regions.”

As Beijing emphasized it would prioritize power supply for people’s livelihood, chamber president Wuttke also added that “we need some sort of indications of how bad it is gonna be” after the winter heating season begins on Oct. 15th and Nov. 15 for Northeast and North China respectively.

“Predictability may make a huge difference to us,” he said. “I would say at least until March next year, we need a very, very close contact [with the Chinese government] there.”