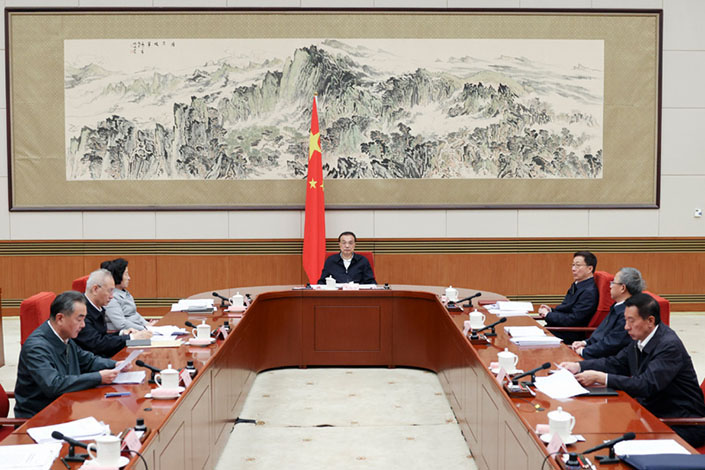 China should improve its self-reliance in energy supply, Chinese Premier Li Keqiang said Saturday at a meeting of the national energy committee, as regions across the country grapple with power shortages and blackouts.

Also, heavy rains and flooding since earlier this month in the coal-rich regions of China’s northern Shanxi and northwestern Shaanxi provinces added to the power crisis as the two provinces together supply nearly half of the country’s coal.

Li said the country should optimize its capacity for coal production by developing “advanced coal power” producers and continue to eliminate in an orderly way the “backward ones.” China’s energy regulator last year announced that it would shut small and inefficient mines and eliminate “backward” coal power plants.

The country should also work to realize its carbon emission reduction targets in a “scientific, orderly manner,” Li said.

Prior to Saturday’s meeting, the State Council, China’s Cabinet, said the country will take further steps to ensure sufficient electricity supplies for the coming winter and spring, including raising the cap on prices, according to a statement released after an executive meeting chaired by Premier Li on Friday.

At the Saturday meeting, Li said that the relationship “between development and emission reduction, as well as the present and future, should be effectively dealt with in consideration of the actual situation.”

Noting China as a developing country, Li said that demand for energy inevitably continues to grow as industrialization and urbanization continue, and supply shortages present the largest energy insecurity. China should build a modern energy system and improve its self-reliance in energy supply, he said.

The ongoing regional power shortage in China has further exposed a gap in coal supply. According to UBS research, the average coal inventory of coal-fired plants has declined sharply to 14 days, versus a historical norm of 22 days, further making coal-fired power production more fragile and unstable than before, with more equipment overhaul.

UBS analysts estimate that China may see a 70 to 80 million ton cumulative coal shortage by the end of 2021 (2% of total coal demand) if there is no coal production increase or no power use intervention.

However, China has emphasized self-sufficiency as a national strategy in its 14th Five-Year Plan which lays out its “dual circulation strategy” (双循环战略). This aims to make “domestic and overseas markets reinforce each other, with the domestic market as the mainstay.”

Li said the recent supply shortage in electricity and coal should be taken into consideration and the “one-size-fits-all” approach to electricity rationing and the “campaign-style” cutting of emissions should be rectified. This would ensure people in northern China stay warm in the winter and guarantee stable industry and supply chains.

Li said Saturday that the country should also strengthen research and development in cutting-edge green and low-carbon technologies.

In a speech to the United Nations General Assembly (UNGA) last month, Chinese President Xi Jinping said China will not build new coal-fired power projects abroad, and will provide more support to developing countries to develop green and low-carbon energy. In September last year, Xi pledged in the same forum that China would peak its carbon emissions by 2030 and reach carbon neutrality by 2060.