By Wang Bowen and Cai Xuejiao 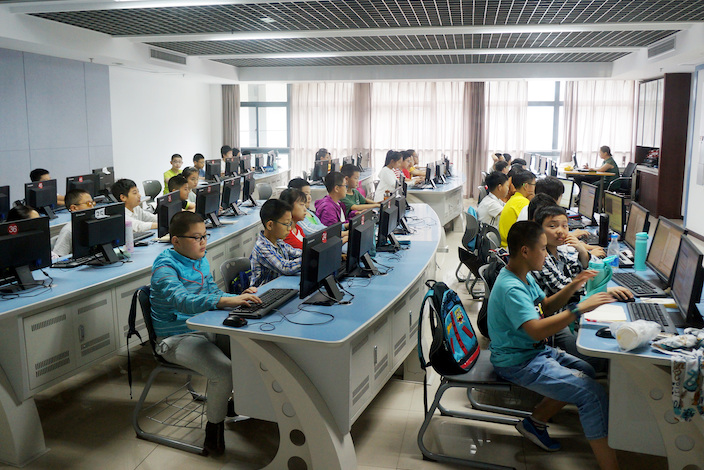 But as those institutions were forced to abruptly shut down amid the regulatory upheaval and some even went bankrupt, parents realized they were trapped with no classes to be taught and no tuition to be refunded, according to industry insiders.

The thorny issue is complicating the process for after-school tutoring companies to register as nonprofit entities by year-end under government orders. Parents are increasingly concerned over whether they can get their money back.

Before the launch of the overhaul in July, known as “double reduction,” some institutions used lower prices to promote presales of classes, with many parents purchasing courses that took one to three years to finish, Caixin learned from the China Association for Non-Government Education (中国民办教育协会).

A parent in Beijing’s Xicheng District told Caixin that in June a salesperson from the OneSmart Education Group promoted discounted course packages for 15 months at 50,000 yuan ($7,750) and 30 months at 80,000 yuan.

Authorities have prohibited tutoring companies from charging prepayments for more than three months, but staff members told parents that the contracts complied with the rules. Industry insiders said tutoring institutions promoted presales with the aim of improving their cash flow, but the lowered prices would still result in business losses.

In a notice released Tuesday, the Ministry of Education urged that there should be a “clear timeline and roadmap” for after-school tutoring institutions to complete their registration as nonprofit entities before the year-end deadline. The ministry reiterated that the companies must stop enrolling new students and collecting tuition fees.