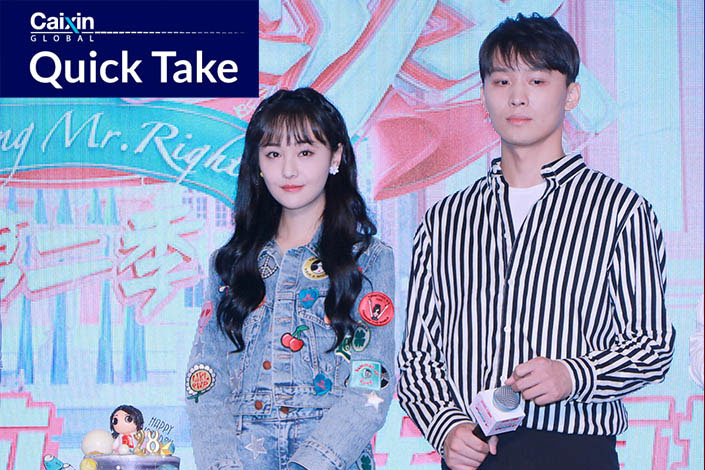 Zhang, who exposed the actress for tax evasion on social media in late April after their falling out, was found to have taken part in covering up Zheng’s sky-high salary for her role in the drama, “A Chinese Ghost Story” in December 2018, enabling the actress to evade taxes, according to a notice (link in Chinese) published on the website of the State Taxation Administration’s Shanghai branch Monday.

In a separate Q&A (link in Chinese), the tax authority said that Zhang had negotiated for Zheng’s 160 million yuan salary to be split into two payments. The production company agreed to invest 112 million yuan into a company of which Zheng is the actual controller.

The remaining 48 million yuan was paid directly to the actress, as Zhang had previously alleged. The two separate contracts had helped Zheng skirt the rules that cap an actor’s maximum salary for a single role.

Zhang was fined for assisting in the cover-up, but considering his role in reporting the incident, the amount was only 0.75 times the total amount of tax evaded, the Q&A added.

The background: Zheng’s case is the latest in a years-long regulatory crackdown on tax evasion and abnormally high incomes in China’s entertainment industry. The one-time Prada brand ambassador was in August ordered to pay 299 million yuan in overdue taxes, late fees and fines following an investigation.

In 2018, Fan Bingbing, an A-list star in China, was found guilty of tax evasion and ordered to pay more than 800 million yuan in fines and taxes.