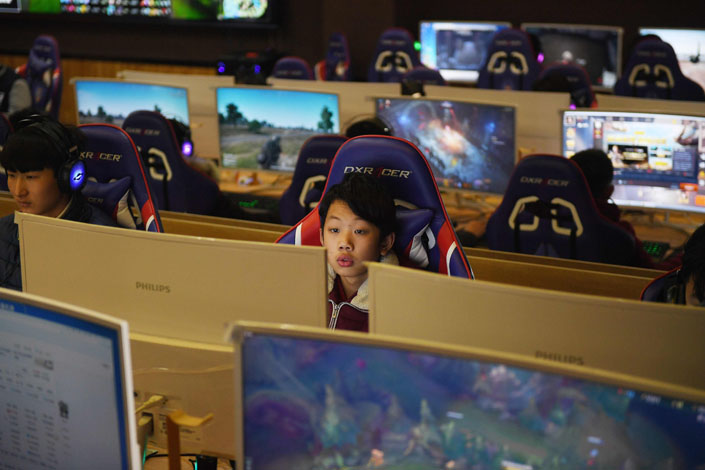 China’s cyberspace regulator has launched a crackdown on vendors give children illegal access to online video game accounts, in an apparent indication of the difficulties it has encountered enforcing strict new rules limiting minors to three hours of gaming per week.

It pledged to strictly implement the real-name registration system by targeting online vendors that sell or lend accounts to minors, the Cyberspace Administration of China (CAC) said in a Tuesday notice (link in Chinese), as part of a broader crackdown on online activities that includes more strict oversight of accounts that “spread misleading information” or that “stir up the emotions of internet users.”

The gaming habits of minors are one of the areas targeted in a sweeping regulatory crackdown on the online activities of China’s youth, following a clean-up action against fandom culture in August.

“Under no circumstances can operators offer gaming services to anyone who has not completed real-name registration,” the guidelines read.

Executives from online gaming giants like Tencent Holdings Ltd. and NetEase Inc. have been summoned to meetings with Chinese regulators to ensure they follow the new restrictions.

But soon after the guidelines went into effect, a loophole emerged — minors can just pay for authorized adult gaming accounts to play online.

For instance, vendors can be seen on e-commerce platform Taobao offering game account rental services at prices as cheap as 3 yuan ($0.47) an hour or 30 yuan a day, covering games like the hugely popular Tencent-owned “Honor of Kings” and NetEase-owned “Naraka: Bladepoint.”

However, almost every product detail page currently has a disclaimer stating that “minors are prohibited from purchasing.”

In the Tuesday notice, the watchdog also listed four other types of illegal online accounts that will be shut down, including: new accounts of previously-banned users; accounts which impersonate governmental authorities or news organizations; automated bots that hype celebrities; and accounts that engage in what the regulator characterizes as “stirring up public emotions by commenting on issues of public interest.”

They come as part of the “Clear and Bright” campaign (link in Chinese), which the CAC launched in May to tackle “illegal online practices.”

CAC has announced in late August that it would shut down online platforms and independent social media accounts run by citizens, known as “self-media,” which publish what it deems to be “distorted interpretations” of economic policies, as well as those which “spread rumors” or commit extortion, among other transgressions.

As of Sept. 8, nearly 3,000 “self-media” accounts and more than 45,000 articles have been scrubbed from platforms including Weibo, WeChat, ByteDance’s news aggregator Jinri Toutiao, Baidu’s blog-style service Baijiahao, according to CAC.