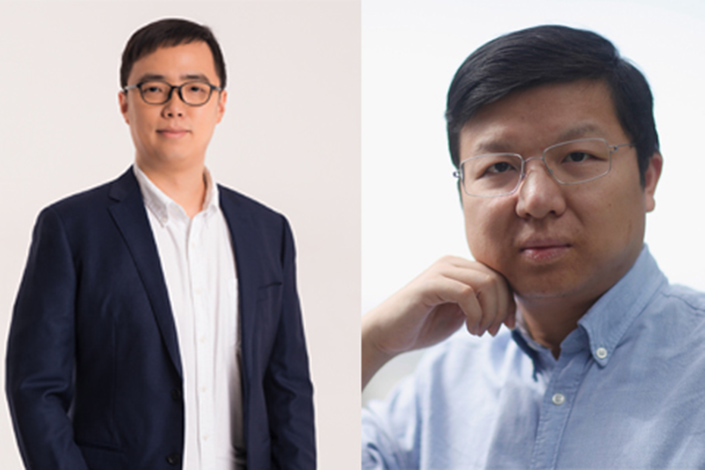 Kuaishou has named Chen Yixiao (left) CEO of the firm, but says he will report to Su Hua (right), who relinquished the role but remains chairman.

The firm said Cheng would still report to Su, who will remain chairman of the board. The core leadership reshuffle, announced Friday, comes as the Tik Tok rival continues to battle widening losses and shrinking market value.

Thirty-nine year old Su has been CEO of Kuaishou since 2013, with Cheng, 37, serving as chief product officer, but the pair have long had overlapping responsibilities. Su, who previously worked for Google China and Baidu, has focused on commercialization and internationalization, while Cheng, who previously worked at Facebook clone Renren, handled product and technology development.

Kuaishou’s announcement said Su would remain an executive director and a member of the remuneration committee, but would devote more time to long-term strategy.

Su is just the latest Chinese tech leader to announce he would step down from daily operations to focus on his firm’s long-term vision, as Beijing’s crackdown on the internet sector continues to spook markets.

ByteDance founder Zhang Yiming announced a similar move in May, while Pinduoduo founder Colin Huang stepped down as CEO of Pinduoduo last year, before resigning as chairman in March.

In Kuaishou’s case, the reshuffle comes amid a sweeping business restructure that began last month, which included establishing an all-in-one department to operate its app and manage product development, operations, user growth, gaming ecosystem and search function, in a bid to stem losses.

Kuaishou was among the 34 companies ordered to self-rectify anti-competitive behaviors in April, was cited for illegal collection of users’ data in May, and fined for spreading sexual content involving minors in July.

The company’s market value has whipsawed after completing a $5.4 billion Hong Kong IPO in February. Its shares more than doubled in value and peaked in February before tumbling below the issue price of HK$115 in July and to a record low of HK$64.5 in August. Kuaishou’s stock price has rebounded slightly since, but its market capitalization remains down almost 70% since the debut. On Friday, its stocks closed at a price of HK$103.5.

The voting rights of Su, who holds a 11.8% stake in the firm, and Cheng, who owns 9.4%, will also remain unchanged, according to Kuaishou.