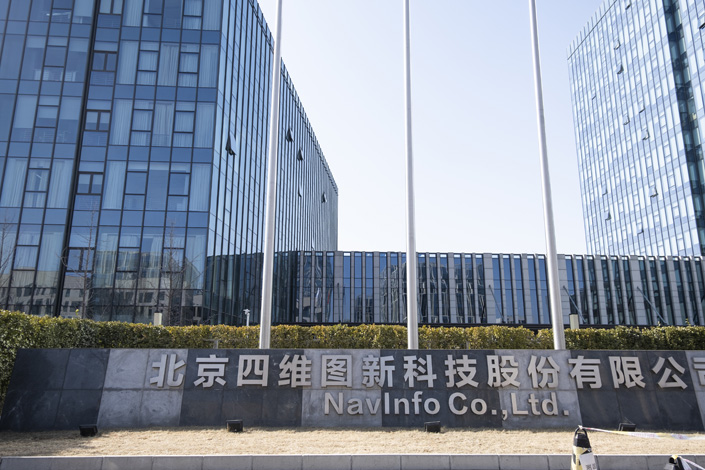 Chinese battery giant Contemporary Amperex Technology Co. Ltd. (CATL) is best known outside the country as a key Tesla supplier. But the firm this week announced a deal to sell two different types of batteries to another U.S. carmaker, Fisker, for its upcoming Ocean electric SUV. The contract totals an installed battery capacity of 5 gigawatt-hours annually from 2023 to 2025.

The CATL batteries boast a feature that allows direct charging from certain types of solar panels on the cars’ roofs, according to a joint statement.

In the third quarter, CATL posted a staggering 130% jump in net profit to $515.8 million, as the company generated more revenue from overseas, according to its earnings report. Robin Zeng, the founder and chairman of the company, is now China’s third richest man.

Chinese self-driving startup Momenta said it had raised (link in Chinese) more than $500 million in a new funding round joined by some big names, including General Motors, Toyota, Temasek and SAIC Motor.

Founded in 2016, Momenta, which has offices in China and Germany, is working on environment perception, high-definition mapping and other technologies, according to its website.

Tencent-backed mapper NavInfo Co. Ltd. has signed a three-year agreement to manage the data generated by Daimler passenger vehicles sold in China from November 2021 to November 2024, according to an exchange filing (link in Chinese) on Tuesday.

The deal, under which Beijing-based NavInfo will supply its autonomous driving data management service to the German car firm, reflects how local companies stand to benefit from tough new rules about what types of data are allowed to leave Chinese borders, and under which circumstances.

The announcement came a day after NavInfo said that it will provide (link in Chinese) navigation, mapping data and other online services for gasoline vehicles sold by SAIC Volkswagen Automotive Co. Ltd. between 2024 to 2029.

The Fire TV app has an autoplay function and a feature that allows users to play or pause videos via Amazon’s voice assistant Alexa, Amazon said in a Monday blog post. TikTok will also be soon available on the online retailer’s Echo Show devices, too.

The announcement came during a big week for TikTok-owned ByteDance, which included a business reshuffle and the departure of enigmatic founder Zhang Yiming from the company board.

Chinese data processing unit (DPU) developer Corigine said (link in Chinese) Wednesday that it has received an investment worth of hundreds of millions of yuan from a group of investors including China Internet Investment Fund, CR Capital, Xingwang Investment and Royalsea Capital. It did not give a specific figure.

Proceeds from the round will be used to beef up research into its next-generation DPU and aid its push into 5G and cloud-based data centers, according to the firm, which has research centers in China, the U.S., the U.K. and South Africa.

Speaking during an earnings call on Thursday, Yang rejected rumors that the withdrawal stemmed from the firm’s inability to meet the board’s listing requirements regarding R&D spending. He said there was still a possibility that the firm would offer shares on a mainland A-share market.

China Mobile Ltd. has been green lit (link in Chinese) to sell shares on the Shanghai bourse, becoming the third state-controlled telecoms giant to be cleared to go public on China’s A-share market after the firms were forced off U.S. bourses by a Trump-era executive order.

The global semiconductor crunch has minted winners, as well as losers. From July to September, semiconductor maker Qualcomm posted a year-on-year increase of 75% in net profit to $2.9 billion, according to its earnings report (link in Chinese).

Revenue rose 43% year-on-year to $9.3 billion during the quarter, about 83% of which came from sales of its CDMA technologies including integrated circuits, system software based on 3G, 4G and 5G, Internet of Things devices, broadband gateway equipment and consumer electronics devices. The remaining revenue for the quarter was derived from its licensing business.