China’s Courts to Blacklist People Who Sue Under False Pretenses

By Cai Xuejiao and Yi Yingzi 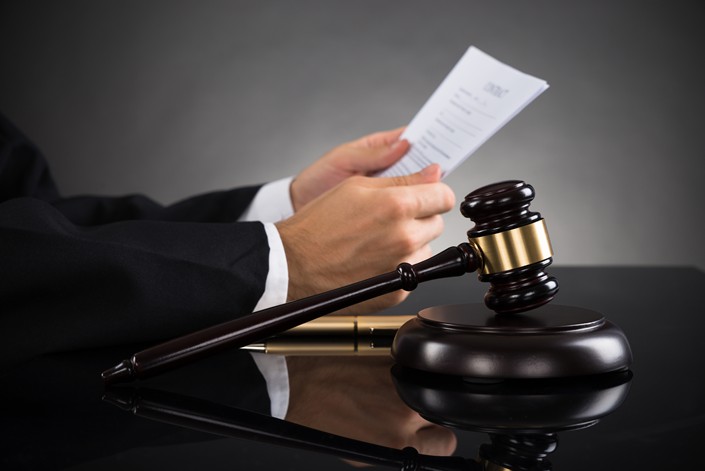 False litigation refers to the act of filing a concocted civil dispute that contains fabricated evidence and testimonies. Photo: VCG

China’s Supreme People’s Court has said it will “blacklist” individuals and entities that file fraudulent litigation cases in new guiding opinions issued with the aim of cracking down on the growing practice that it regards as obstructing judicial order and justice.

The top judicial authority proposed that courts at all levels should plan to establish a “blacklist” of those deemed dishonest to alert judicial officers to their cases. The court said that false litigation is common in disputes over private lending, property contracts, labor issues and divorce.

False litigation refers to the act of filing a concocted civil dispute that contains fabricated evidence and testimonies. From 2017 to last year, courts across the country dealt with 12,300 criminal cases of false litigation, according to the Supreme People’s Court.

He Xiaorong, vice president of the Supreme People’s Court, said at a press conference Tuesday that the number of such cases had “risen significantly year by year,” and that some criminals engaged in loan fraud also used fraudulent litigation to infringe on others’ rights and interests.

The document also noted the need to strengthen punishment of public officials, lawyers and judicial officers involved in false litigation cases, with punitive measures including informing supervisory organs, handing down administrative penalties or asserting criminal liability, depending on their post.

In recent years, a nationwide crackdown on organized crime has ensnared a number of lawyers believed to have provided services to people with links to criminal groups. Last year, a lawyer in Southwest China’s Yunnan province was sentenced to 10 years in prison for participating in an organized crime group, forced trading and false litigation. He appealed, maintaining that he was unaware of the group’s activities and had never exceeded his professional duty to offer impartial legal advice.

At Tuesday’s press conference, officials from the Supreme People’s Court gave 10 false litigation cases as examples. In loan fraud, one mafia organization has lured some 70 elderly people to take out loans in the form of home mortgages, before using fabricated debts and violence to take over the properties. The mafia group worked with lawyers to initiate false litigation in court or sell the properties for profit.

The guiding opinions document said that courts should determine if false litigation cases involve loan fraud and advised that they “harshly combat” such cases, so to “effectively safeguard judicial order and the legitimate rights and interests of the people.”

The document also noted that courts that have handled false litigation cases should be told to re-examine them and correct their rulings after other courts determine the cases are problematic.