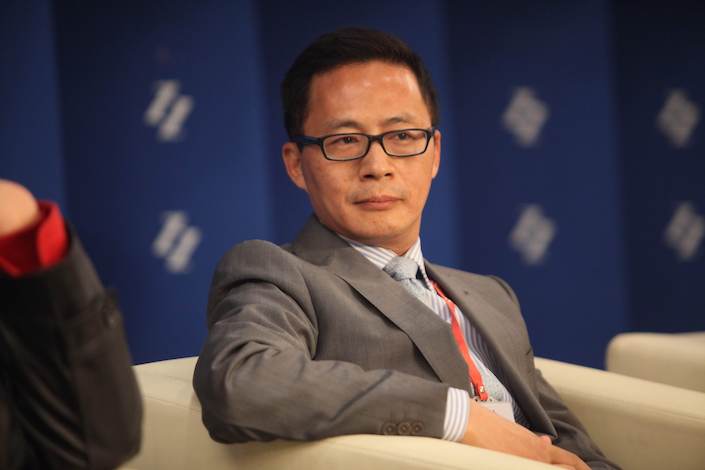 Wang Chaoyong, a Chinese private equity tycoon who founded Chinaequity Investment Co. Ltd., has disappeared from public for two weeks with the company ensnared in regulatory probes into a range of alleged misconduct.

Wang, 56, is the founding chairman and CEO of Chinaequity, which manages more than $1.7 billion. Wang was sought by police Nov. 30 in Beijing and has since lost contact, people familiar with the matter told Caixin.

Wang was last seen in his office in Beijing’s central business district on the afternoon of Nov. 29. Chinaequity hasn’t yet disclosed any information about Wang.

A mixed picture that emerged last month for the Chinese economy prompted economists to call for more stimulus policies.

Growth in fixed-asset investment eased to 5.2% in the first 11 months of the year from 6.1% in the first 10 months. Retail sales growth weakened 1 percentage point to 3.9% in November as people stayed home amid renewed Covid-19 outbreaks.

On the bright side, industrial output rose 3.8% from a year earlier, a slight uptick from October due to strong production of electronic products and pharmaceuticals. Exports rose 22% year-on-year in November, down from the 27.1% jump in October, but $325.5 billion of exports still set a record.

China’s foreign exchange regulator allocated fresh quotas for some institutions to invest in offshore financial markets under a special program in a bid to encourage more outbound investment to ease pressure on the yuan’s continued appreciation.

The State Administration of Foreign Exchange (SAFE) recently added $3.5 billion of fresh quotas for one bank and four fund managers to invest abroad under the Qualified Domestic Institutional Investor (QDII) program, official data show. It’s the seventh QDII quota increase this year and comes after an earlier hike by Nov. 25.

Xi said “certain forces in the world are trying to meddle in the internal affairs of China and Russia under the pretext of ‘democracy’ and ‘human rights,'” according to a statement issued by the Chinese foreign ministry after the virtual summit.

Chinese electric vehicle (EV) company Ora faces mounting consumer backlash and potential legal action after it installed an old computer chip in one of its car models — despite telling buyers it came with a cutting-edge device worth twice the price.

Buyers of the Ora Good Cat, which has a starting price of around 100,000 yuan ($15,700), say when they complained they were offered a package of store credit including subsidized charging, free software updates and app memberships.

For many owners, that didn’t cut it. Now, some are demanding new chips for their cars or full refunds and compensation, saying the inferior processors have had a significant impact on their user experience, with some functions not working properly.

Southeast Asia can become a hub for tech investments comparable to China, but tech businesses in that region should not simply imitate their Chinese counterparts’ path to success, an executive from ride-hailing and digital payment startup Gojek said.

Lien Choong Luen, the general manager of Indonesian-headquartered Gojek’s Singapore operations, made the remarks Wednesday in a panel discussion during the 12th Caixin Summit. He said Singapore will be the key gateway to attracting global talent and investors to the region.

China’s environmental inspectors urged top metal producers and provincial authorities to clean up their acts after a probe into environmental compliance turned up a string of violations, including illegal mining and monitoring data fraud.

In reports published after meetings held from Sunday to Tuesday, central government inspectors noted significant environmental risks uncovered during the probe, in particular affecting the Yangtze River, Asia’s longest river, which provides drinking water for millions of people, according to reports published by the Ministry of Environment.