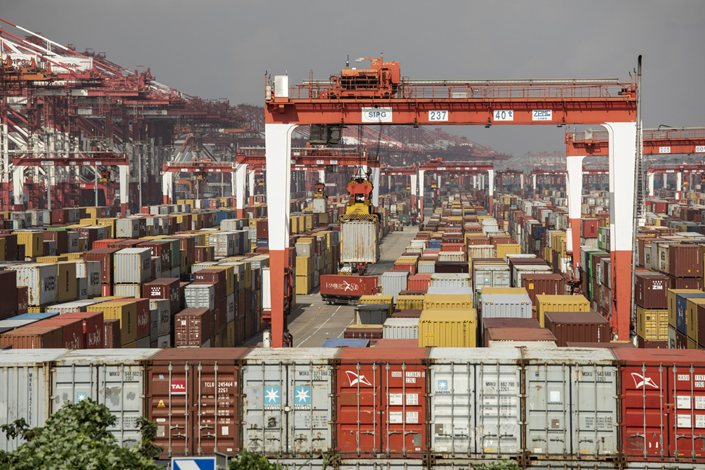 As Southeast Asian countries reopen their borders and ease pandemic restrictions, demand for imports from China is rising and ports are growing congested, driving up shipping costs.

As of Monday, the shipping rate for Chinese exports to Southeast Asia climbed to nearly $4,000 per container, 10 times as much as in previous years, Caixin learned.

Costs started surging in early November and more than doubled within a month as there have been few ships available, a Shanghai-based freight forwarder told Caixin. A shipment of farm machinery was delayed two weeks, during which freight rates skyrocketed, he said.

In an interview with Caixin, Igor Marich, the managing director for sales and business development at MOEX, said that more access can be created by developing trading, clearing, depositary and custodian links for investors in both countries. MOEX is Russia’s largest exchange group.

Wang, 56, disappeared from public sight nearly three weeks ago. He was last seen at his office in Beijing’s central business district on the afternoon of Nov. 29. He was detained by police the next afternoon, sources said.

Wang is the founding chairman and CEO of Chinaequity, which manages more than $1.7 billion. Chinaequity, listed on the New Third Board in Shenzhen, said in a Dec. 16 filing that several attempts to contact Wang and his family failed. The company hasn’t received any investigation notice from police, it said. Chinaequity suspended its stock trading until Dec. 29 and pledged to keep investors updated.

China’s property sector, a pillar for economic growth, has been crippled by the central government’s deleveraging campaign, with major developers such as Evergrande mired in debt. As policymakers move to restore the property sector, local governments have started to roll out measures to prop up the industry.

In the northeastern rust-belt province of Heilongjiang, the Department of Housing and Urban-Rural Development convened a meeting Monday to study and deploy work to “pull out all stops to restore the real estate industry,” an official announcement published that day showed.

That announcement was, however, deleted from the government website the next day. No explanation was provided.

As the historic city of Xi’an battles a growing delta outbreak, some 100 people suffering from kidney disease and in urgent need of dialysis — some in critical condition — risk becoming collateral damage as they are unable to receive treatment due to lockdowns and hospital closures amid the spread of Covid-19.

Xi’an, capital of Northwest China’s Shaanxi province and home to nearly 13 million people, kicked off its second round of citywide testing Tuesday after it reported a daily high of 42 Covid-19 cases linked to a flight from Pakistan. The city has recorded a total of 143 cases since Dec. 9.

Each of the wind farms, planned for the ocean near Yangjiang city, will have capacity to generate 1 million kilowatts of electricity. They are expected to start operation in 2024.

After completion of the deal, Zijin Mining will become Jiayou’s second-largest shareholder and will have the right to nominate one director to the board.

Debt-ridden Chinese streaming service provider Leshi Internet Information and Technology Corp., also known as LeTV, announced that it will raise employee salaries and restore compensation for expenses to pre-pandemic levels as the company comes to the end of a financially sound year, according to an internal letter seen by Caixin.

“Our latest financial data shows that we have managed to balance operating profits and cash flow for the first time during the past few years,” said LeTV in the letter. The employee salaries and benefits will be restored after the next Lunar New Year, which falls on Feb. 1.