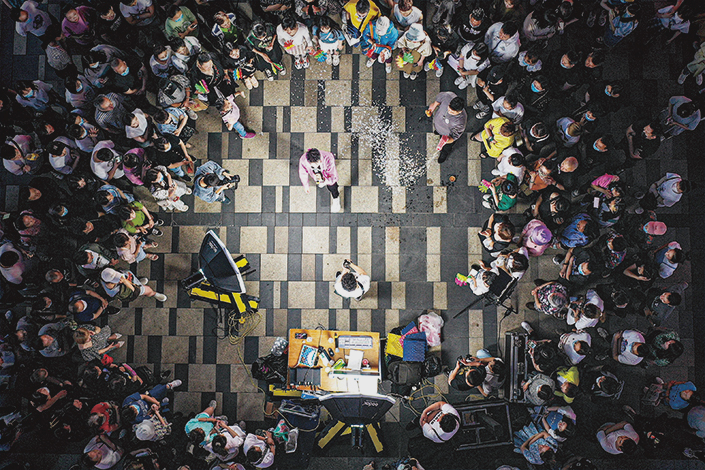 China’s recent record fine on a top celebrity livestreamer signals that the authorities are tightening taxation on high-income individuals, but to close a loophole that enables tax evasion in the booming but underregulated sector, a formal tax system revamp is necessary, tax experts said.

Huang Wei, one of the highest-earning livestreamers, known online as “Weiya,” was ordered to pay 1.34 billion yuan ($210 million) in back taxes, late fees, and fines after tax authorities in the eastern city of Hangzhou found she avoided taxes totaling 643 million yuan in 2019 and 2020.

The case followed a combined 93.2 million yuan of fines imposed in November on two other influential livestreamers for income tax evasion. In all cases, the livestreamers evaded taxes mainly by setting up multiple sole-proprietorship companies and partnerships and reporting commission income and spot fees as more lightly taxed business income, the tax authorities said.

China further clarified the regulations for domestic companies seeking to list overseas when it published a new negative list for foreign investment Monday.

In the list, which specifies the domestic businesses that foreign investors are restricted from entering, authorities said Chinese firms in the businesses on the list can file for offshore listings as long as they win regulatory approval and meet certain requirements.

China will start selecting local governments to conduct pilot programs to facilitate investment and financing for climate-related projects as it encourages them to find their own ways to fight climate change and bankroll the nation’s decarbonization drive.

Ant Group’s consumer finance unit will receive 22 billion yuan ($3.5 billion) of fresh funding from a group of investors including one of China’s state-owned asset managers.

China Cinda will hold a 20% stake in the unit with an investment of 6 billion yuan.

Editorial: How government frugality can serve the people

China warned passengers with plans to fly to China from the U.S. to anticipate flight changes after several flights were delayed or canceled, including one from Seattle to Shanghai that returned to the U.S. midway.

The Chinese Embassy in the U.S. said in a notice Saturday that it complained to the airline involved and advised passengers to confirm their flight status and complete the tests needed before boarding. The embassy and consulates would continue to urge U.S. airlines to guarantee passengers’ legitimate rights, the statement said.

A Delta Air Lines flight scheduled to land at Shanghai Pudong International Airport Friday morning had to unexpectedly turn back over Russia six hours into its flight from Seattle, according to media reports.

China’s cumulative annual renewable energy generation surpassed 1 trillion kilowatt-hours (kWh) for the first time, jumping by a third over the same time last year as the country races to meet climate goals by 2030.

Electricity generated from renewable sources totaled 1.04 trillion kWh during the first 11 months of this year, a 33% jump from 2020, according to data announced by the National Energy Administration (NEA) (link in Chinese) at a Friday briefing.

Zhihu Inc., the Chinese question-and-answer forum, denied media reports that it was about to undertake a secondary listing in Hong Kong, saying the company had not heard the news.

Citing state-owned news outlet The Paper, Bloomberg reported Saturday that the Beijing-based company plans to submit documents for a share offering in Hong Kong in January.

The ownership change was announced Saturday at a Southern Power Grid conference to discuss how it could achieve high-quality development by optimizing its ownership structure. The restructuring plan, approved by the State Council, can be seen as an important measure to promote the development of China’s power industry and ensure the country’s energy security, SASAC Chairman Hao Peng said.