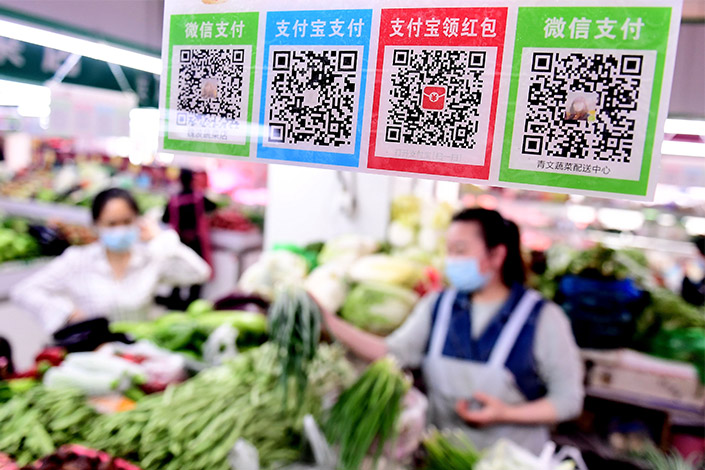 There’s no shortage of folksy sayings that warn about the danger of mixing business and personal matters, and that’s the message China’s financial regulators want the hundreds of millions of users of mobile payment platforms like Alipay and WeChat Pay to take to heart.

New regulations released by the People’s Bank of China (PBOC) in October bar businesses from using barcodes generated by personal accounts on these platforms to take money from their customers. Instead, the central bank wants all businesses to use more tightly regulated accounts that feature merchant barcodes, which the platforms use to facilitate transactions between businesses and their customers.

In the PBOC’s own words, the regulations, set to take effect March 1, aim to clearly distinguish between business and personal transactions on the platforms in an effort to prevent financial crimes like cross-border gambling.

Year in Review: How Evergrande shook China’s real estate sector to its core

2021 was the year China Evergrande Group became a household name for all the wrong reasons.

In the latter half of this year, China’s second-largest developer by sales has been locked in an intensifying battle to keep the lights on. Evergrande’s liquidity crisis stems from slumping sales in a cooling property market amid the central government’s ongoing clampdown on real estate speculation and excessive borrowing, including the August 2020 introduction of the “three red lines” policy, which curbs borrowing in the troubled sector.

Xiang Hu Bao, a dominant player in the emerging sector, will cease operations starting Jan. 29, the company said Tuesday in a statement.

The deal is part of Huarong’s efforts to divest assets and focus on its core business as the conglomerate revamps its sprawling businesses after reaching the verge of collapse.

Health authorities in northwestern China’s city of Xi’an are still struggling to establish a clear train of transmission for the latest cluster of Covid cases that led to a citywide lockdown of almost 13 million residents and drew criticism of its pandemic response.

The capital city of Shaanxi province reported 151 domestically transmitted infections Tuesday, bringing the total number of locally confirmed cases in Xi’an to 962 between Dec. 9 and Dec. 28, according to a statement (link in Chinese) from the provincial health commission Wednesday.

Chinese short video platform Kuaishou is upping the ante in its expansion into local lifestyle services with an agreement with on-demand services and food delivery giant Meituan as the TikTok-like app struggles to become profitable in a rapidly changing policy environment.

UInder the deal Meituan — which has been snared in a government crackdown on tech giants’ anti-competitive practices — will launch a mini program on the Kuaishou platform. Through it, merchants can directly sell products and services, give out coupons and provide after-sale services to Kuaishou users, according to a statement released Monday.

Earlier this year, Kuaishou launched a WeChat mini program to sell meals and share restaurant coupons, directly challenging its archrival Douyin, the Chinese version of TikTok, which launched a group-buying channel for its users to buy meals, book hotel rooms and receive coupons from restaurants and beauty salons.

According to its prospectus, SenseTime had aimed to sell the 1.5 billion shares on offer for between HK$3.85 and HK$3.99 each. Its final offering price is at the very bottom of that range.

The purpose-built vehicle will be designed and developed at Zeekr’s research and development center in the Swedish city of Gothenburg, according to the statement.

In a separate statement, Waymo said that the Zeekr car will be powered by its autonomous driving system Waymo Driver and will hit U.S. roads “in the years to come.”