CX Daily: What China’s Overhaul of Overseas IPO Rules Is All About 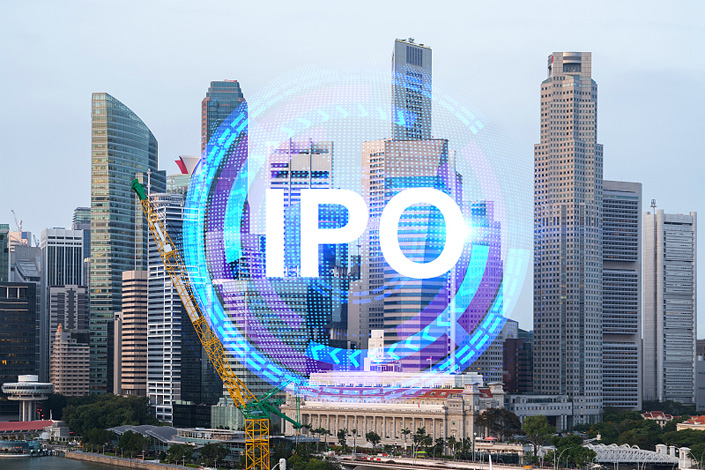 Caixin Explains: What China’s overhaul of overseas IPO rules is all about

The government had been flagging impending changes for months, not only to rules on overseas IPOs but also to the overall supervision of overseas-listed Chinese companies over their compliance with a raft of new domestic laws and regulations including the Data Security Law and the Personal Information Protection Law.

The latest regulatory deluge began on Dec. 24 with the China Securities Regulatory Commission (CSRC). The watchdog proposed an overhaul of the Special Provisions of the State Council Concerning the Overseas Securities Offering and Listing by Limited Stock Companies, the main policy document promulgated in 1994 that regulates overseas listings.

A special purpose acquisition company (SPAC) backed by a China Merchants Bank Co. Ltd. (CMB) subsidiary filed for an IPO in Hong Kong, making it the first applicant to take advantage of the new rules allowing SPAC listings in the city.

The Asian financial hub is joining other major global stock markets in the rush to allow SPAC listings, an alternative to traditional methods of going public that has soared in popularity since last year because it can offer startups a quicker channel to raising funds.

A SPAC is a shell company usually created by private equity investors to raise funds from the public. The investors then use the proceeds from the SPAC’s IPO to acquire one or more privately run firms that they think make for good investments, taking the target companies public by merging them with the SPAC.

The central bank will “open the monetary policy toolbox wider, maintain stable overall money supply and avoid a collapse in credit,” Liu Guoqiang, deputy governor of the People’s Bank of China (PBOC), said Tuesday at a briefing in Beijing. Liu said the policy efforts should be targeted and preemptive.

“The key goal at the moment is stability, requiring policies to set forth strength,” Liu told the press conference.

Delta and omicron spook Beijing on eve of Winter Olympics

Beijing became China’s latest Covid-19 battle zone as cases of both the delta and omicron variants of the disease emerged at the same time, a fortnight before the city is scheduled to open the Winter Olympics.

The Chinese capital Tuesday reported two cases of the omicron variant and one case of the delta variant after the city’s first local omicron case was reported Saturday. The local health commission Wednesday confirmed the delta case as asymptomatic.

Employees of the container unit of state-owned shipping giant Cosco Shipping Holding Co. Ltd. said their year-end bonuses had grown to as high as 30 times their monthly pay. Year-end bonuses are usually paid right before the Lunar New Year.

Since the pandemic began, the company’s sales and marketing staff have seen their salaries rise, a Cosco employee said. In the first three quarters of 2021, Cosco’s net profit attributable to shareholders soared 16 times year-on-year to 67.6 billion yuan ($10.6 billion), according to its latest earnings report.

E-commerce giants JD.com Inc. of China and Shopify of Canada signed a deal that will give merchants in the U.S. and China better access to customers on their respective platforms and markets.

The deal will allow Shopify merchants in the U.S. to sell their products on JD’s cross-border e-commerce marketplace, JD Worldwide, giving them access to JD’s 550 million active customers in China, according to a joint statement Tuesday.

An Evergrande unit in Kunming, Yunan province, transferred its entire stake in a residential and commercial complex project in the city Jan. 13 to Minmetals International Trust Co. Ltd. at a valuation of 50 million yuan ($7.87 million), public records showed. A similar stake transfer was filed Jan. 12 between an Evergrande unit in Foshan, Guangdong province, and Minmetals Trust.

Covid-19 lab testing companies in Beijing can no longer charge extra fees to rush nucleic acid test results, local regulators said. They announced new price controls on the business just as the Chinese capital is dealing with a fresh outbreak ahead of the Winter Olympics.

The city’s government set a maximum price of 35 yuan ($5.50) per test and pledged to punish offenders that charge extra fees with fines up to five times the amount of the added charge, local officials said at a Tuesday press conference held by the Beijing Municipal Information Office.