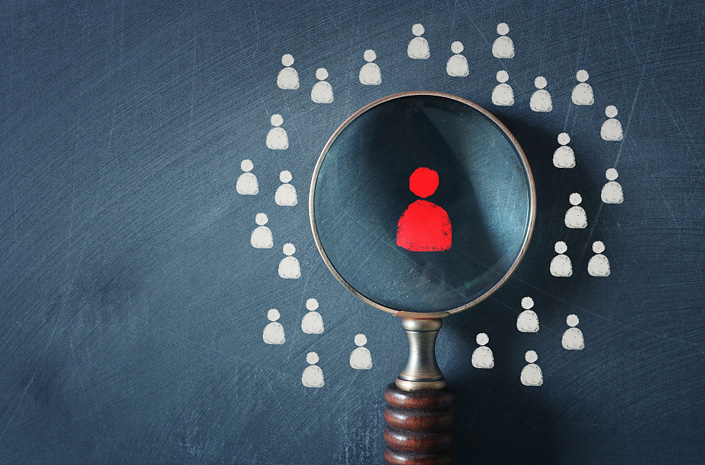 Xie Zhikun, the founder and controlling shareholder of the sprawling Chinese investment conglomerate Zhongzhi Enterprise Group Co. Ltd., died Dec. 18, just weeks before his 61st birthday. Praised by the company as having “devoted his life to Zhongzhi Enterprise Group,” Xie had long been seen by colleagues and friends as a trailblazer who built up and expanded the business.

Contrary to his public image as the husband of Chinese pop star Mao Amin, Xie kept a low profile when running Zhongzhi, having done almost no media interviews over the years. A workaholic, he revealed to Caixin in early 2020 that he was working 16 hours a day, with eight meetings scheduled every week.

While Xie avoided publicity, Zhongzhi has been in the spotlight in the past few years due to its aggressive expansion and significant risk exposures. With its predecessor founded in 1995 in Northeast China’s Heilongjiang province, Zhongzhi ventured into finance just after the millennium and shifted its business focus from industry to finance in 2008, gradually building itself into a sprawling financial conglomerate under the Zhongzhi umbrella with a wide-ranging portfolio.

Micron to shut down DRAM chip design team in Shanghai

U.S. computer chip giant Micron Technology plans to shut down its DRAM design team in Shanghai by the end of this year, the company confirmed with Caixin.

The move came after many of Micron’s DRAM engineering team members were poached by domestic competitors. It will serve as a precautionary measure to prevent technology leaks to competitors, several chip industry participants told Caixin.

China’s top banking and insurance regulator vowed to prevent the disorderly expansion of capital in the financial sector and set up “traffic lights” for capital.

In its 2022 work meeting Monday, China’s Banking and Insurance Regulatory Commission (CBIRC) said the stop light for the financial sector aims to curb the use of funds by banks and insurers for “blind overleveraging,” financial monopolies and unfair competition, and unlicensed financial business.

The regulator said it will give full play to the positive role of capital in financial activities and will encourage small and medium-sized banking and insurance companies to replenish their capital through multiple channels in accordance with the law and regulations.

Moscow keeping Beijing in the loop on security talks with the West on Ukraine, envoy says

Russia has kept China in the loop on its security talks with Western countries over the Ukraine issue, Moscow’s envoy to Beijing told a Tuesday press conference, noting that external factors would not affect the bilateral relations.

Andrey Denisov said at the event held in the Russian embassy in Beijing that Russia’s talks with the U.S. and NATO members do not affect China, but Russia regularly informs China about the progress of talks and China is closely following the developments.

South China’s trading hub Shenzhen tightened entry rules on travelers from Hong Kong, where authorities are racing to contain a growing outbreak triggered by the omicron and delta variants of Covid-19.

The special administrative region reported more than 100 confirmed cases for four straight days as of Wednesday. The rise in cases forced the city government to lock down several omicron-stricken residential blocks in a public housing estate and test about 35,000 residents there.

Southern China tech hub Shenzhen plans to open all its main roads for self-driving cars, becoming the first Chinese city to move toward such a large-scale test of the new technology.

Shenzhen, one of China’s wealthiest cities with more than 17 million people, will allow citywide tests of unmanned driving, including main roads, highways, ports and railway logistics facilities, according to a guideline issued Wednesday by the National Development and Reform Commission (NDRC) and the Ministry of Commerce.

A number of Chinese cities have opened roads for autonomous driving tests, but limited to certain areas, according to Gu Dasong, a transport expert at Southeast University in Nanjing.

China Telecom to roll out smartphones with 5G-powered messaging

China Telecom plans to put two smartphones on the market equipped with a 5G-enabled messaging service, making it the first of the major state-owned mobile carriers to bring the technology to market even as questions persist about its likelihood of mass adoption.

The company’s self-branded Tianyi No. 1 and Maimang 10 phones will come with the rich communications service (RCS), Zhang Xiaojun, deputy head of China Telecom’s marketing division, said at a launch event Tuesday. No release date was specified.

China’s tourism sector has struggled to recover from Covid-19, as revenue from domestic travel in 2021 was still just half that of pre-pandemic 2019, official data show.

The sluggish recovery reflects the negative effect of continuing disruptions to China’s economy as the country’s strict zero-tolerance strategy to contain sporadic outbreaks undermined in-person consumer spending such as tourism and eating out.