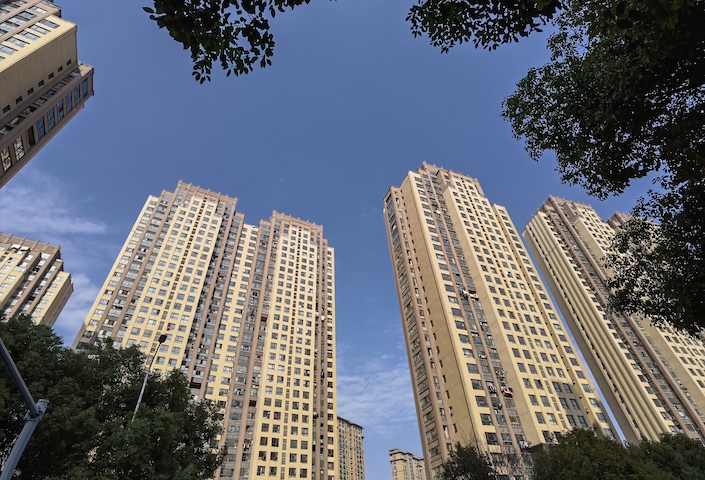 In Depth: Will subsidized housing stabilize the real estate industry?

Downward pressure on China’s real estate market is continuing to build up. Since the end of last year, subsidized rental housing has been mentioned in official policies, suggesting that government support of residential construction might help offset the downturn in commercial housing.

The Politburo of the Communist Party Central Committee at its Dec. 6 meeting called for measures to “advance the construction of subsidized housing” with a higher priority than “supporting the property market to better cater to the reasonable demands of home buyers.” The subsequent Central Economic Work Conference called for “advancing the construction of subsidized housing,” strengthening its language from the end of 2020.

Japan’s Yuzuru Hanyu ended his third Winter Olympic Games without a medal, but the two-time past Olympic figure skating champion’s courage in pushing his limits won the praise of Chinese fans.

Zhong Ou health-care fund falls out of Alipay top 10 after ranking No. 1

A health-care mutual fund run by a star manager dropped out of Alipay’s weekly top-10 list after ranking first the previous week, raising questions about the list’s selection criteria.

Manager Ge Lan’s Zhong Ou Medical and Health Hybrid Fund A wasn’t on this week’s list at Ant Group Co. Ltd.’s Alipay, the largest third-party mutual fund selling channel in China. The fund was the top seller last week with more than 300,000 new investors. No other fund managed by Ge was on this week’s list.

The adjustments to its investments, revealed in a filing to the U.S. Securities and Exchange Commission (SEC) Monday, likely reflect investor concerns about the Chinese tech sector’s prospects after last year’s domestic regulatory onslaught and expectations that China’s surging NEV market will offer better returns. Hillhouse, which is run by billionaire Zhang Lei, said it was unable to comment on changes to the portfolio which is managed by HHLR Advisors Ltd., the group’s fund manager focused on secondary market investments.

PBOC pumps in more liquidity to shore up economic growth

Online travel giant Trip.com Group Ltd. will soon allow its 33,000 employees to work outside the office at least some of the time as a “work from anywhere” culture grows in popularity in China amid the Covid-19 pandemic.

Starting March 1, Chinese mainland employees of the Nasdaq and Hong Kong-traded company will have the option of applying to work remotely for one or two days Wednesday and Friday each week, though managers will have to sign off, according to a company statement Tuesday. Its overseas offices will adopt it when local pandemic situations permit.

Chinese authorities are stepping up intellectual property protection for the Beijing Winter Olympics mascots as soaring resale prices prompt some sellers to risk punishment for copyright infringement by profiting from fake toys.

On Monday, authorities in Beijing announced the country’s first criminal case of copyright infringement regarding the Olympic mascots.

One individual who made and sold knockoffs of mascots Bing Dwen Dwen and Shuey Rhon Rhon has been sentenced to a year in prison and fined 40,000 yuan ($6,295), Tang Zhaozhi, deputy director of the copyright administration bureau of the Publicity Department of the Communist Party of China, said at a press conference.

G7, a Beijing-based startup that develops Internet of Things (IoT) technology to automate logistics, said it had raised $200 million in a new funding round led by Trustbridge Partners, giving it a valuation of $2.2 billion.