CX Daily: How a State Insurance Boss Got a Cache of Gold Bars 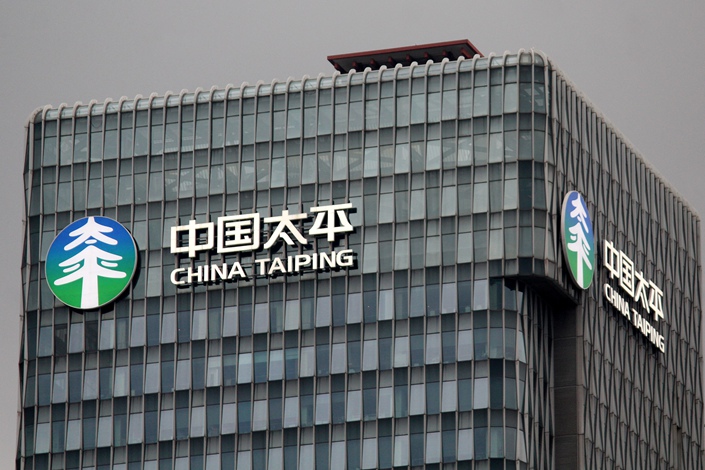 In Depth: How a state insurance boss got a cache of gold bars

Specializing in overseas business, China Taiping Insurance Group Ltd. is the only financial company under the central government’s direct watch to set up headquarters outside the mainland.

Taiping raised industry eyebrows for its rapid business expansion in the 2010s. Between 2011 and 2014, the company’s total insurance premium income, total assets and net profit doubled.

The mastermind behind Taiping’s robust growth was the company’s former Communist Party chief and Chairman Wang Bin, who led the company between 2011 and 2018 before being named to head China Life Insurance (Group) Co. Ltd., the nation’s biggest insurance company.

Jiangsu plans to set up an investigation team to look into the case of a mother of eight who was found shackled to the wall of a shed and is suspected of being trafficked.

The government of the eastern Chinese province vowed to find out the truth, saying it will “severely” punish any criminal acts linked to the case and will hold those responsible accountable, state broadcaster CCTV reported Thursday.

Authorities will make public their investigation results, the report said.

Some of the world’s top institutional investors have been disclosing the U.S.-listed Chinese stocks they bought, sold and held in the fourth quarter as uncertainties persisted about the outlook for the battered technology and consumer e-commerce sectors after last year’s regulatory storm.

The Chinese yuan is making deeper inroads as a currency of choice for global payments with international transactions climbing to their highest level ever.

Payments using the renminbi, as the currency is also known, jumped to a record 3.2% of market share, according to data from the Society for Worldwide Interbank Financial Telecommunications, breaking through its previous high set in 2015, which came on the back of a currency devaluation in a bid to increase exports.

South China’s Guangdong province stepped up crackdowns on smuggling and illegal border crossings with local authorities offering cash rewards for tip after several stowaways entering or passing through the province from Hong Kong were confirmed with Covid-19.

Four districts in the city of Zhuhai issued notices (link in Chinese) Tuesday and Wednesday offering rewards of up to 100,000 yuan ($15,785) to local residents who provide credible reports of smuggling, illegal border crossings or organized illegal crossings. The measure aims to prevent Covid cases from being imported, the notices said.

Many of the free at-home Covid-19 test kits Americans are receiving from the U.S. government were made in China by three companies that are benefiting from surging demand worldwide — except in China itself.

Other countries are also scrambling for test kits made in China.

Chinese real estate companies are trimming fat and moving managers to front ines as the industry strains under the impact of slowing economic growth and tighter credit conditions.

On Monday, Central China Real Estate Ltd. said it will shrink the staff in its main office and streamline management by reducing its bureaucratic layers from five to three, according to the transcript (link in Chinese) of an online media briefing.

Online grocery platform Dingdong, which had its U.S. IPO last summer, pared losses by 12% in the final quarter of 2021 as the business tried to control costs in its battle with better-funded rivals.

In the three months through December, Shanghai-based Dingdong Ltd. reported a net loss of 1.1 billion yuan ($172 million), according to its earnings report released Tuesday.