CX Daily: The Reshaping of the World as Ukraine War Rages On 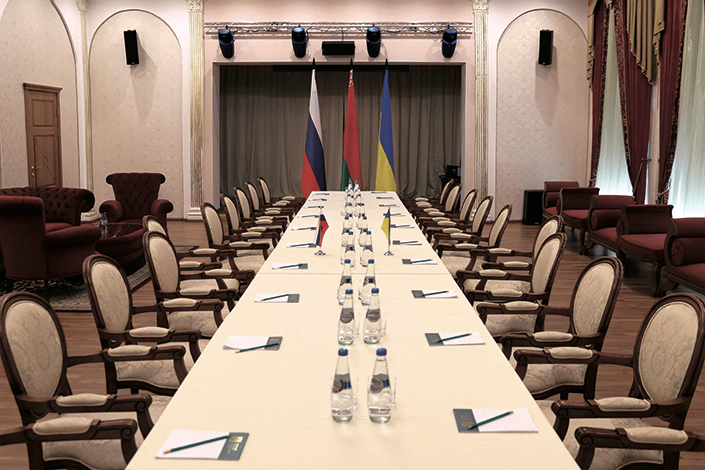 Officials from Russia and Ukraine have met for two rounds of talks in Belarus with a third round to be held soon.

Cover Story: The reshaping of the world as Ukraine war rages on

Political traditions and policy principles upheld for decades were overturned in just a few days as Russian bombs flattened cities in Ukraine, leaving the world to wonder: Where all this will take us?

Since Russian President Vladimir Putin launched his “special military operation” to “demilitarize” Ukraine Feb. 24, Russian troops have advanced into Ukraine territories in several directions in a full-scale invasion of the country’s neighbor.

The war in Ukraine is the biggest conflict in Europe since World War II, setting off profound changes to a world order that has been in place since the end of the Cold War, analysts said.

The top diplomat also warned against the U.S. Indo-Pacific strategy, saying its real goal is to establish another version of NATO and maintain U.S. hegemony, which “is doomed to fail.”

Roundup: What the government work report told us about China’s 2022 economic plans

Premier Li Keqiang presented the annual government work report to China’s top legislative body Saturday, setting the nation’s GDP growth target for this year at around 5.5%, the lowest in decades.

China’s GDP grew 8.1% last year, with a particularly strong performance in the first half as the economy rebounded from the coronavirus-induced slump in early 2020. But growth slowed to 4% in the last quarter of 2021, and recent policymaking meetings show that top leaders are well aware of the need to stabilize growth. They’ve coined the term “triple pressures” to describe the current cocktail of problems, referring to shrinking demand, disrupted supply and weakening expectations.

New U.S. ambassador to China arrives to fill role left vacant for over a year

The new U.S. ambassador to China has arrived in the country, filling a post left vacant for more than a year amid ongoing tensions in bilateral relations.

The U.S. Embassy in Beijing said Saturday that Washington’s top envoy, Nicholas Burns, arrived with a group of U.S. mission personnel and their families. Their travel plans had been delayed due to the Covid-19 pandemic, and they will now quarantine for three weeks.

Shanghai has been preparing to turn more hospitals into designated Covid-19 facilities to treat a rising number of patients with the virus while keeping the rest of the metropolis’s vast medical system functioning as normal.

The city reported 48 local infections and 48 imported cases Sunday, taking the overall tally since Feb. 24 to over 730, according to health authorities. A total of 582 confirmed cases were hospitalized Sunday, down from a record 612 the previous day.

The Chinese telecom equipment giant might have taken advantage of loopholes in its royalties, India’s Income Tax Department said Thursday in a statement. The findings resulted from an investigation after tax authorities raided Huawei’s offices in three Indian cities Feb. 15.

Technology that could shake up wireless market still years away, official says

OpenRAN has been touted as a technology that can break Huawei, Ericsson and Nokia’s oligopolistic advantage in the wireless market, but one Chinese industry official cautioned that the emerging technology is still far from maturity.

Typical mobile network architecture relies on proprietary equipment provided by vendors such as Ericsson, Huawei, ZTE and Nokia, which have historically provided nearly all of the hardware and software for particular mobile networks.

OpenRAN, or Open Radio Access Network, is said to have the capacity to lift the “lock” on proprietary equipment by allowing more equipment manufacturers to participate and provide operators with improved operational capabilities and lower cost options.

Rising paper prices in the world’s largest producer and consumer of the commodity has sparked concerns of consumer inflation if higher costs get passed down to consumers. The concern has grown more acute with the war between Russia and Ukraine, which analysts worry will continue to add pressure to global supply chains.

IQiyi Inc. raised $285 million from its controlling shareholder Baidu and a consortium of investors through a private placement, the troubled video streaming company said Friday.