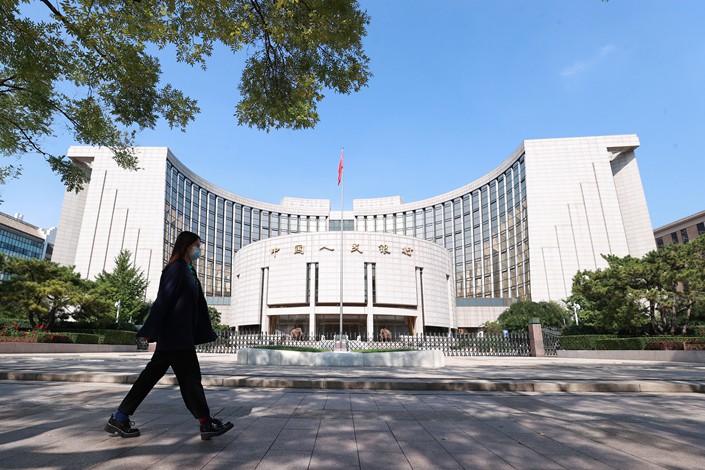 China’s central bank on April 6 unveiled a draft financial stability law that seeks to unify the country’s scattered rules on dealing with risks and build on the lessons learned from the last few years’ repeated financial train wrecks.

The legislation is Beijing’s latest attempt to build a long-term market-oriented mechanism to resolve risks at financial institutions, rather than dealing with incidents on a case-by-case basis. While the more ad-hoc approach has so far seemingly succeeded in containing systematic risks, its shortcomings have become evident. These include a lack of a coordination and accountability, as well as difficulty in controlling the costs and length of the risk resolution process.

Chinese authorities received more than 440,000 information disclosure applications in 2021, up more than one-fifth, with information about government land requisitions remaining one of the topics of highest interest, according to official statistics.

Officials said the rising number of applications show that Chinese people now have a greater understanding of their right to access information and supervise the authorities. Yet the data revealed most regional government disclosure rates were below 50%.

The economies of several major Chinese provincial-level regions suffered in the first quarter, owing to the government’s stringent abidance of its “zero-Covid” strategy amid the country’s worst ever outbreak.

Shanghai’s GDP grew 3.1% year-on-year in the first quarter, official data showed Saturday, a far cry from the national first-quarter GDP expansion of 4.8%. The financial hub accounted for 3.8% of the country’s GDP last year.

“From January to February, the city’s economic operation was stable overall. However, due to the impact of the sudden Covid outbreak in March, the growth rates of some economic indicators dropped significantly,” the local statistics bureau said in a statement.

China’s asset management industry got back on its feet in 2021 to record its first double-digit growth after nearly three years of industrywide shakeup as authorities brought the vast sector under a new regulatory framework.

The industry expanded 11% in 2021 to a record 134 trillion yuan ($20.5 trillion) at the end of 2021, according to a report issued jointly Friday by Boston Consulting Group and Everbright Bank. It was the first time the industry’s growth topped 10% since a set of overarching rules were issued in 2018 to tame the once unregulated market.

Beijing will launch virus vetting tests covering most of its 22 million population after a rising number of Covid-19 infections was reported amid a new flare-up wave.

U.S.-based semiconductor manufacturer ON Semiconductor Corp. received the green light to reopen its Shanghai distribution center after a temporary shutdown due to the citywide Covid-19 lockdown.

The move follows Onsemi’s announcement last week that it has suspended operations at the Shanghai distribution center and planned to run some of its shipments through Singapore and the Philippines. That notice fueled market concern about the potential retreat of foreign businesses from China due to its strict “zero-Covid” policy.

In a statement to Caixin, Onsemi said the application to resume operations at the distribution center had been approved by the municipal government.

Iron ore and steel rebar futures continued to decline in China this week on expectations of weakening demand.

It came after the nation’s top economic planner pledged to stick with cuts to crude steel production, and as Covid flare-ups threatened to further subdue construction demand already weakened by property sector turmoil.