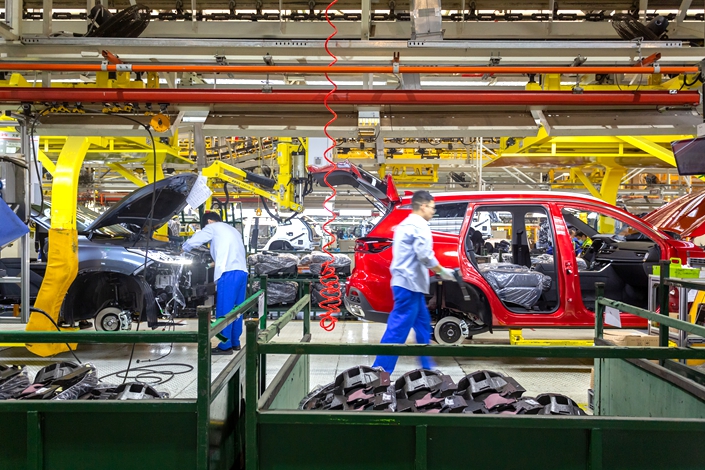 After a year of blockbuster growth, the world’s largest EV market is being hobbled by measures to curb China’s worst Covid wave since early 2020. They’ve disrupted production and sales around the country, including in the major hubs of Shanghai, Guangzhou, and Shenzhen.

Even outside the areas now facing tightened rules, the prospect of such measures being introduced if an outbreak does emerge and the dim economic outlook have made people reluctant to make big purchases, like a car.

Nearly a week after being placed at a makeshift Covid hospital in Shanghai, Xiaonan’s mother, an advanced lung cancer patient, got the news that she had been granted admission to a hospital for cancer treatment.

Due to Covid restrictions, the woman’s scheduled chemotherapy course had been postponed for almost a month, leaving her with a heavy cough and mobility issues.

China’s major state-owned banks will launch a pilot program for retirement savings products in several regions soon, sources with knowledge of the matter told Caixin, in what would be the country’s latest effort to mitigate a looming pension crisis.

U.S. President Joe Biden may drop some tariffs on Chinese imports to help control rising consumer prices in the U.S., he said Tuesday in a speech on inflation.

The White House is reviewing tariffs imposed under former President Donald Trump and could opt to drop them altogether, Biden said.

Uncertainty over the future of Chinese companies’ overseas IPOs and the government’s Covid policies has led to a slump in private equity (PE) and venture capital (VC) investment in China, but global investors can mitigate the risks by seeking out industries favored by policymakers and diversifying their investments.

That was the message from two top venture capitalists who spoke in the fifth episode of China Finance with A Cup of Tea, a Caixin podcast, aired Monday.

A China-developed jetliner that Beijing hopes will rival those of Boeing and Airbus is going to cost nearly twice the expected price.

In a Tuesday filing with the Shanghai Stock Exchange, China Eastern Airlines Corp. Ltd. said it is planning to raise capital to buy four C919 aircraft from China’s state-owned aerospace giant Commercial Aircraft Corp. of China (COMAC). Each jet is listed for a price of 653 million yuan ($99 million).

Sunac China Holdings Ltd., one of the country’s biggest property developers, acknowledged Thursday that it missed a $29.5 million interest payment on a U.S. dollar bond and said it doesn’t expect to make an additional $75.3 million in payments due later this month.

The missed payment makes Sunac the latest Chinese property company to fail to meet its obligations to the offshore debt market amid a wave of developer defaults that began last year.

German auto parts giant Robert Bosch GmbH’s factories in China are hitting only 30%–75% of capacity as some suppliers are still closed amid Covid-19 lockdowns, the company said Tuesday.

Bosch suspended production at its China factories for various periods since late 2021, but now all of them have resumed operations. As long as one supplier is out of commission, though, companies at the end of the supply chain can’t produce final products, Chen Yudong, president of Bosch China, said at a press conference.