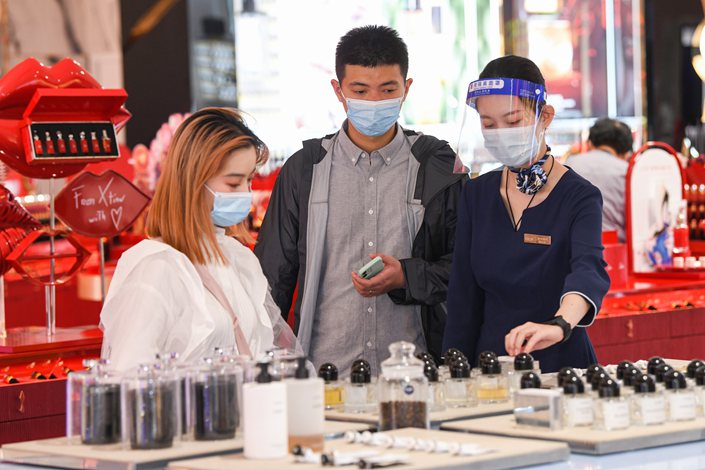 Chinese startups challenging global brands for a slice of the country’s spending on consumer goods like beverages and cosmetics have become investor darlings in recent years, winning huge valuations and running up hefty marketing bills along the way.

“Investment managers are now more careful with the money they have on hand, and this cautiousness may be long-term,” a venture capital investor told Caixin. It may take two to four years for startups to become cost-effective projects, the person said. “Some companies without enough money on their books may not be able to survive.”

Shanghai’s top prosecutor has been placed under investigation by the country’s graft busters, making him the latest high-ranking official to fall from grace amid a sweeping crackdown on corruption in law enforcement and the judiciary.

Chief Procurator Zhang Bencai is being investigated for “suspected serious violations of (Communist Party) discipline and law,” a phrase that usually refers to corruption, according to a one-line statement (link in Chinese) published Wednesday by the Central Commission for Discipline Inspection (CCDI). No details about the allegations were provided.

Hong Kong’s securities regulator is seeking to ban Calvin Choi, chairman and CEO of a financial services provider in the city, from the industry for two years for professional misconduct, legal documents show, though he is appealing the decision.

The Hong Kong Securities and Futures Commission’s investigation into Choi uncovered two instances of code-of-conduct violations in 2014 and 2015, a period when he was working on financing projects as a managing director at investment bank UBS AG’s Hong Kong office.

The contribution of high value-added industries such as biotech to China’s total economic inputs dipped in May due to a decline in capital inputs from the previous month, a Caixin index showed.

The Mastercard Caixin BBD New Economy Index (NEI) came in at 28.5 in May, indicating that new economy industries accounted for 28.5% of China’s overall economic input activities. The reading was down from 28.8 in April.

Laura Cha, chairperson of Hong Kong Exchanges and Clearing Ltd. (HKEX) — which runs the Hong Kong Stock Exchange — and veteran lawyer Yang Xiaolei have recently been added to the company’s board of directors, according to its website.

The northeastern city of Siping has stopped punishing people for missing more than two mandatory citywide nucleic acid tests after the penalties, which included a 500 yuan ($75) fine and 10 days of administrative detention, were criticized online for lacking any sort of legal basis.

China scales back its target for renewable energy through 2025

China scaled back its five-year-plan for renewable energy, setting a target for renewable power generation to provide for more than 50% of additional electricity consumption over 2021–25, down from a previous goal of two-thirds.

The lower goal is consistent with China’s plans to continue building coal-fired generating plants to ease power shortages under the 14th Five-Year Plan for renewable energy jointly issued Wednesday by the National Development and Reform Commission, the National Energy Administration, the Ministry of Finance and six other departments.

The Guangdong provincial government said in a Wednesday notice that individuals can receive 8,000 yuan ($1,196) if they trade in their old car for a new EV before June 30. A day before, Shanghai announced it would offer a similar 10,000 yuan subsidy until the end of the year.

With the application to the Hong Kong Stock Exchange filed Wednesday, WM is following in the footsteps of its larger Chinese peers Nio Inc., Xpeng Inc. and Li Auto Inc., all of which already trade on the exchange..