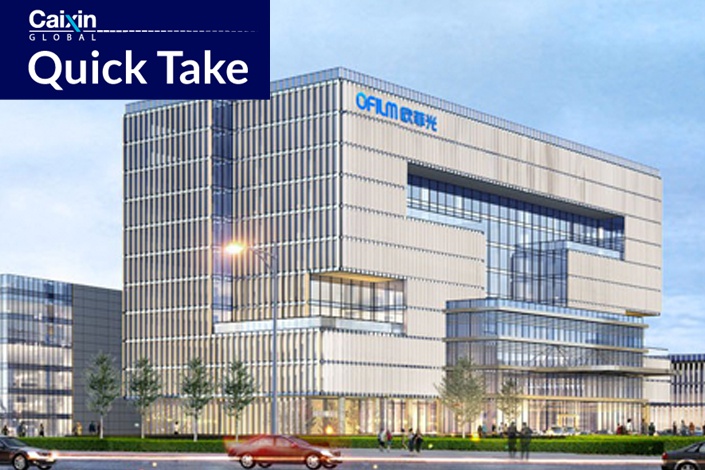 What’s new: OFILM Group Co. Ltd. (002456.SZ), a camera-module maker and onetime Apple Inc. supplier, announced that one of its largest subsidiaries — Nanchang O-film Tech Co. Ltd. — has been removed from the U.S. Department of Commerce’s blacklist, the company said in a Wednesday statement.

Ofilm said that the U.S. End-User Review Committee has called a final decision on Tuesday to remove the subsidiary from the so-called Entity List, which prohibits U.S. companies from doing business with certain foreign entities and individuals.

Shenzhen-listed shares of Ofilm jumped by the daily trading maximum of 10% to 6.80 yuan ($1.01) in the Wednesday morning session.

Background: The Ofilm subsidiary was added to the Entity List in July 2020. It was among 11 Chinese companies singled out at the time for involvement in alleged human rights violations.

Ofilm previously counted Apple Inc. among its largest customers. It became part of the smartphone-maker’s supply chain in 2016 after acquiring a factory in the southern city of Guangzhou from Sony Corp. for $234 million.

But in March 2021, the firm said that one major client — understood to be Apple — had terminated its purchase agreement with Ofilm and its subsidiaries.

Later that month, Ofilm sold two of its camera module units — including the one with Apple as a client — to local rival Wingtech Technology Co. Ltd. (600745.SH), a semiconductor-maker, for 2.42 billion yuan.