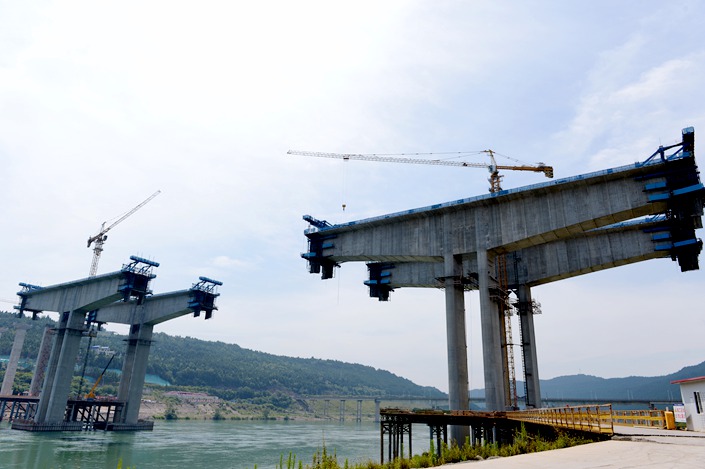 As downward pressure on China’s economy intensifies, the government is enlisting policy banks in an infrastructure investment drive that it hopes will buoy growth.

An 800 billion yuan ($120 billion) increase in policy banks’ lending quota to support infrastructure investment was announced at the June 1 executive meeting of the State Council, China’s cabinet. The meeting, chaired by Premier Li Keqiang, also urged officials to speed up the implementation of a stimulus package announced previously.

Cambodia and Myanmar race to become the next apparel manufacturing hub

As China battled a wave of Covid-19 flare-ups over the past few months with strict control measures, the widespread disruption of business operations fueled concerns over an accelerating exodus of manufacturing.

From October 2021 to March 2022, China lost around 5% of its textile export orders, 7% of its furniture and 2% of its mechanical and electrical export orders from the United States to the 10-member Association of Southeast Asian Nations (ASEAN), especially Vietnam, according to U.S. customs data.

Laos could be teetering on economic collapse, triggering concerns of a sovereign default to creditors including China.

The Southeast Asian nation is suffering from mounting debt, rampant inflation and a plunging currency. Its struggles have been likened to Sri Lanka’s economic woes.

At the end of 2020, Laos had $5.5 billion in outstanding public sector debt owed to neighboring China, an increase of 4% from a year earlier, according to World Bank data. That accounted for more than half of Laos’ external public sector debt, making China its largest single creditor.

Chinese and Hong Kong securities regulators jointly announced plans Tuesday to launch a system to allow eligible investors in the city and the mainland bourses in Shanghai and Shenzhen to buy and sell exchange-traded funds (ETFs) in each other’s markets.

A court in Shandong province heard Lu’s case Thursday. Lu, 60, was charged with bribery and illegal loan issuance. The court said sentencing would take place on a later date.

Shares of Nio Inc. plunged Wednesday after a notorious U.S. short-seller alleged that the Chinese electric-vehicle maker was exaggerating its revenue and profitability by selling to a related company.

In a report released late Tuesday, Grizzly Research LLC claimed that the startup used a battery asset management affiliate to help inflate its revenue and net income by 10% and 95%, respectively, in the first nine months of 2021.

Stock investors have warmed to China’s tourism industry, with shares of some bigger names in the business rising 10% or more since Tuesday when the government made a surprise announcement cutting the amount of time arriving overseas travelers have to spend in quarantine.

The surge in share prices reflects some newfound optimism in an industry that has been battered by the pandemic as China largely closed its borders to international travelers and at times imposed domestic travel restrictions on people from areas hit by outbreaks of Covid-19.

Globalwafers to move into U.S. with new plant