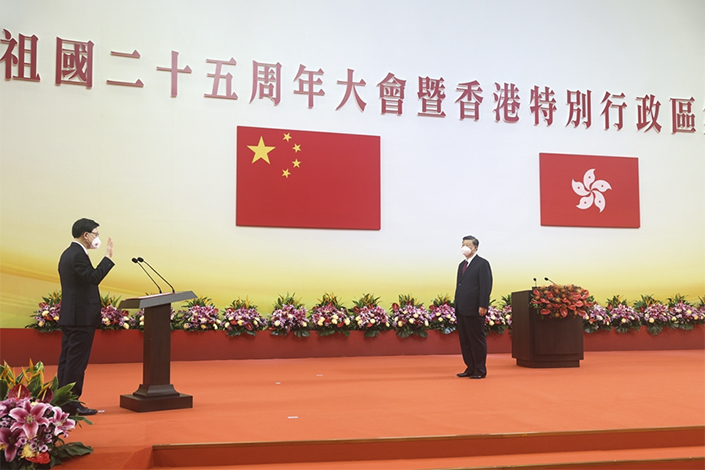 A swearing-in ceremony for Hong Kong’s new chief executive, John Lee, and his cabinet took place Friday, the 25th anniversary of the territory’s return to China.

Lee, a former security chief, took his oath of office in front of President Xi Jinping, on his first trip outside the Chinese mainland since the Covid-19 pandemic began two-and-a-half years ago.