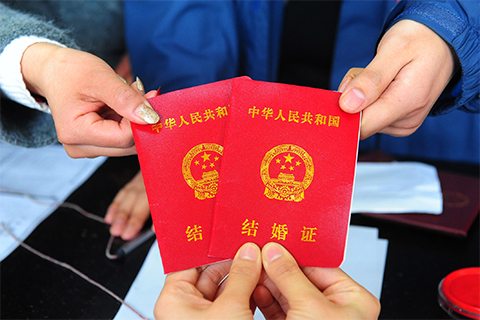 In Depth: Abuse victims’ convictions for bigamy highlight hurdles to divorce in China

A court in Southwest China’s Guizhou province convicted two women who were abused by their husbands of bigamy after they lived with other men for decades without formally ending their previous marriages.

The cases again highlight the difficulty that domestic abuse victims face in escaping their abusers as institutional bias, tough evidence requirements and social pressure stack the deck against women.

Huawei Technologies Co. must shift focus from expansion to profitability as a looming global recession threatens the company’s survival, founder Ren Zhengfei said Monday in a memo to employees.

Huawei should focus on profits and cash flow instead of revenue to ensure the company’s survival over the next three years, Ren wrote.

“With survival the main principle, marginal businesses will be shrunken and closed,” Ren wrote. “The chill will be felt by everyone.”

Singapore Prime Minister Lee Hsien Loong warned of growing geopolitical issues in the Asia-Pacific in his National Day speech at a rally Sunday amid “worsening” U.S.-China relations that are unlikely to improve any time soon.

Facing an external environment that has become “very troubled,” including sharply escalating tensions in the Taiwan Strait and the ongoing Russia-Ukraine conflict, Singapore’s third prime minister called on citizens to “prepare psychologically.”

China’s central bank is likely to name veteran banker Zhang Qingsong as a deputy governor, sources with knowledge of the matter told Caixin.

Zhang, 56, recently began working at the People’s Bank of China (PBOC), the sources said. If all goes to plan, he will fill the vacancy left by Liu Guiping, who departed in April to become executive deputy mayor of Tianjin municipality.

China’s services trade deficit has narrowed at a rapid pace since 2020 amid a sharp decline in overseas travel, official data show.

The country ran a widening trade deficit in services for years, with tourism being the primary driver. But the gap shrank in 2019 and at an accelerated rate after the outbreak of Covid-19 as countries around the world tightened travel restrictions, Wang Dongtang, an official at the Ministry of Commerce, said Tuesday in a press briefing.

More Chinese cities joined the parade of slashing down payments for buyers of second homes to help prop up the ailing housing market.

More than 20 cities reduced down payment requirements for second-time homebuyers so far this year with an increasing number of larger cities joining in, Caixin found based on public records.

China reopens to foreign students after more than two years

Global mining companies see China as a source of stability for future iron ore demand due to increased infrastructure investment this year and the country’s ongoing urbanization drive.

Iron ore prices have dropped over the past few months as Chinese steelmakers took a hit from a slowdown in construction by the country’s troubled developers.

As China has stepped up infrastructure investment to bolster economic growth, the world’s biggest iron ore mining companies said the stimulus would put a floor under short-term steel demand.

Tang, 51, a veteran of China Resources Holdings Co. Ltd., worked at various subsidiaries of the state-owned conglomerate for 29 years. He acted as chairman of the conglomerate’s real estate unit for 10 months before stepping down in December 2019.

JD.com Inc. reported a staggering fivefold jump in profit amid its slowest revenue growth on record in the second quarter as the e-commerce giant reduced spending and streamlined some businesses amid pandemic disruptions and weak demand that dragged on China’s economy.

The Beijing-based company logged 4.4 billion yuan ($643 million) of net income attributable to ordinary shareholders in the three months ended June, more than quintuple the number it booked a year ago, according to its earnings report released Tuesday.