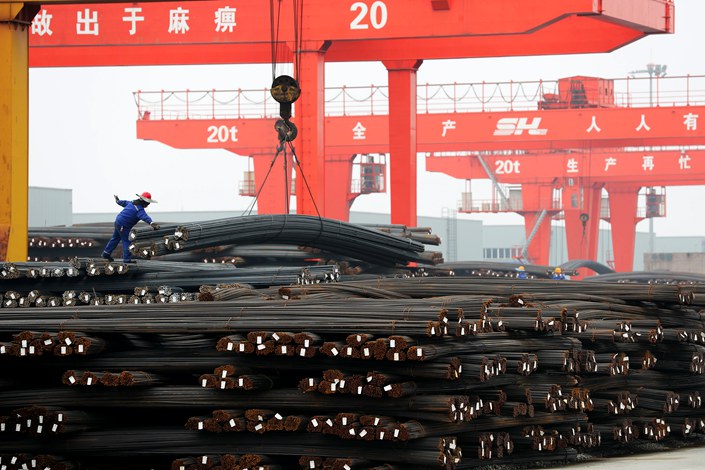 For China’s steel industry, the world’s largest, winter has arrived early, and it is shaping up to be one of the harshest in years as a slowing economy and escalating property market crisis tank demand and evaporate profits.

The real estate sector, which accounts for more than a third of China’s steel consumption, has been squeezed by a liquidity crunch and sliding sales since the end of last year. Meanwhile, more and more homebuyers are joining a mortgage strike to protest stalled construction projects.

33 cities in China are under some sort of lockdown

Some 33 cities and 65 million people in China were under some sort of lockdown as of Saturday as the country battles its broadest Covid outbreak since early 2020.

As many as 103 cities across 26 provincial-level regions reported Covid cases Thursday, the most since the early days of the pandemic in 2020, according to public information compiled by Caixin. Nationwide, the country has reported at least 1,000 new cases for 27 straight days, with more than 1,500 local infections detected Sunday, according to the National Health Commission.

China accuses the U.S. of hacking a leading aerospace university

China made a variety of commodity derivatives including those for gold, copper and soybeans available to qualified foreign institutions, marking a further opening up of the country’s capital markets to overseas investors.

Starting Friday, investors under the Qualified Foreign Institutional Investor (QFII) program can trade a range of commodity futures and options listed on China’s major derivative exchanges, according to statements published by the bourses the same day.

China’s services activity maintained an expansion in August as the sector continued to benefit from reduced disruptions amid a recovery from an earlier wave of Covid-19, a Caixin-sponsored survey showed Monday.

The Caixin China General Services Business Activity Index, which gives an independent snapshot of operating conditions in services industries such as retailing and travel, edged down to 55 in August from 55.5 the previous month. Readings greater than 50 signal expansion.

The Caixin China General Composite PMI, which covers both the manufacturing and services sectors, declined for the second month in a row to 53 for the month from 54 in July.

The central bank granted a financial holding license to a subsidiary of state-owned China Merchants Group Ltd., the third such license issued since the country tightened oversight of companies that have expanded into multiple financial sectors.

Shares of CanSino Biologics Inc. jumped Monday after China’s top medical regulator approved its inhalable Covid-19 vaccine for emergency use as a booster.

The National Medical Products Administration said CanSino’s vaccine could be used by people on the Chinese mainland who had already been injectedtwice with an inactivated-virus Covid vaccine. Those on the market there include Sinopharm Group Co. Ltd.’s Covilo and Sinovac Biotech Ltd.’s CoronaVac.

A locked-down megacity’s near empty streets