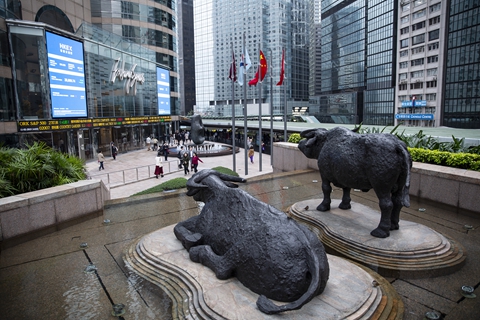 U.S.-listed Chinese companies are opting for a primary listing in Hong Kong amid a long-running audit dispute between China and the U.S. Photo: VCG

The recent breakthrough in a years-long auditing row between U.S. and Chinese regulators offers some hope for around 200 U.S.-traded Chinese companies that they won’t be forced to quit American exchanges. But the window for the two countries to resolve their dispute is closing fast and some companies may well have no option but to delist.

Many have already put contingency plans in place, choosing the Hong Kong Stock Exchange to conduct a second primary listing or a secondary listing.

At least 66 people died and 253 were injured in an earthquake that struck southwestern China’s Sichuan province, according to the latest official figures updated Tuesday afternoon.

A total of 38 people from the Garze Tibetan autonomous prefecture and 28 more from the neighboring city of Ya’an died since the quake struck the area around noon Monday, according to state media reports that quoted officials at a local press conference. Fifteen others remain missing.

Too much state investment has a downside, investors warn

The sale of huge stakes in portfolio companies by state-backed funds usually swamps the secondary market, said Xu Lin, chairman of the China-U.S. Green Fund, at a global private equity forum Sunday in Beijing. Some owners of companies in which big state funds invested told him that the funds’ exit can crush share prices, Xu said.

China sees third quarter as key for rollout of stimulus

China said it will accelerate its stimulus rollout in the third quarter as it tries to recover from a second quarter marred by pandemic-related losses. The central bank said it will keep the yuan stable after six months of declines.

It’s “crucially important” for the country to adopt supportive policies this quarter, Yang Yinkai, deputy secretary general of the National Development and Reform Commission, told reporters Monday in Beijing. He spoke alongside officials from the central bank and other government ministries.

$1.2 billion sucked out of BMW’s Chinese partner through ‘ghost’ transactions

The investigation found executives at Huachen Automotive Group Holdings Co. Ltd., also known as Brilliance Auto Group, bypassed the board of its Hong Kong-traded subsidiary and used the firm as a piggy bank to plug holes in its balance sheet, skirting rules and damaging investors’ interests.