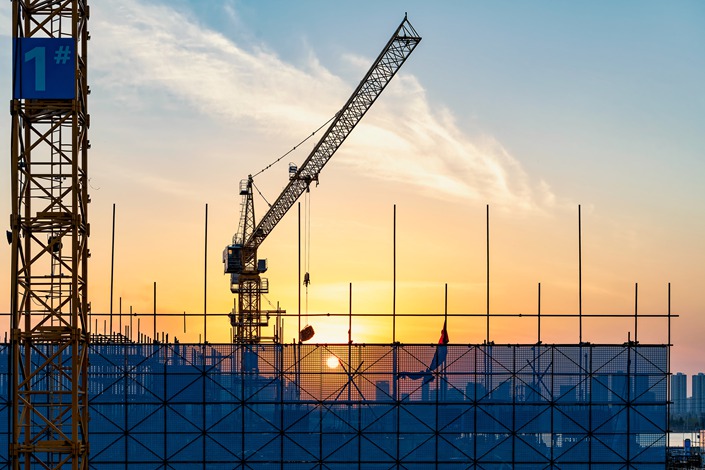 Local government financing vehicles (LGFVs) have played a key role in China’s economic and social development over the past two decades, especially in funding and building infrastructure investment on behalf of local authorities across the country.

Since last year they’ve been given yet another task by their local government masters — buying land and building homes to fill a massive funding gap triggered by a slump in revenue from land as cash-strapped developers disappeared from the market.

China’s Communist Party finished selecting the nearly 2,300 delegates charged with indirectly choosing the seven people who will lead the country from 2023 to 2028.

The 2,296 delegates will elect the 200 or so members of the party’s Central Committee, which in turn will name the seven members of the Politburo Standing Committee — China’s top leadership body.

Charts of the Day: Yuan’s cross-border settlements grew in 2021

The growing use of the yuan across borders indicates that China’s years-long effort to promote the currency’s use globally — including through its own Cross-Border Interbank Payment System (CIPS) — is paying off.

Li Li, former Communist Party chief and president of the Beijing branch of the Export-Import Bank of China (Exim Bank), was expelled from the party, removed from public positions and turned over to prosecutors on corruption charges, the country’s anti-graft watchdog said Monday.

Li is known as the “godmother” of China’s shipping industry as she initiated a large number of deals backing the sector. She oversaw the policy bank’s shipping and transport-related financing between 2006 and 2012 before she was promoted to Shanghai branch head. Li became head of the Beijing branch in 2019.

China is reopening its main train route with North Korea after a five-month hiatus due to Covid, bringing a potential boost to Kim Jong Un’s sanctions-battered economy.

Foreign Ministry spokesperson Wang Wenbin said Monday at a regular press briefing in Beijing the cargo rail link between China and North Korea is reopening after service was halted in April as part of measures to control Covid.

Hong Kong’s exports plunge the most since pandemic began

Money-losing Chinese appliances retailer Gome Retail Holdings Ltd. is struggling to pay staff and is planning to restructure its debt as its short-term borrowings pile up, sources with knowledge of the issue told Caixin.

A number of Gome employees said they weren’t paid their salaries last month and that the company has delayed paying out first-half bonuses.

China’s Ministry of Industry and Information Technology and Ministry of Finance extended the exemption on 10% purchase taxes for new energy vehicles (NEVs) until the end of 2023 as the government plans to phase out a long-running subsidy program by year-end.

The government has been signaling the third extension of the purchase-tax exemption since July. In August, Premier Li Keqiang told a State Council executive meeting that the tax exemptions will amount to 100 billion yuan ($14 billion).