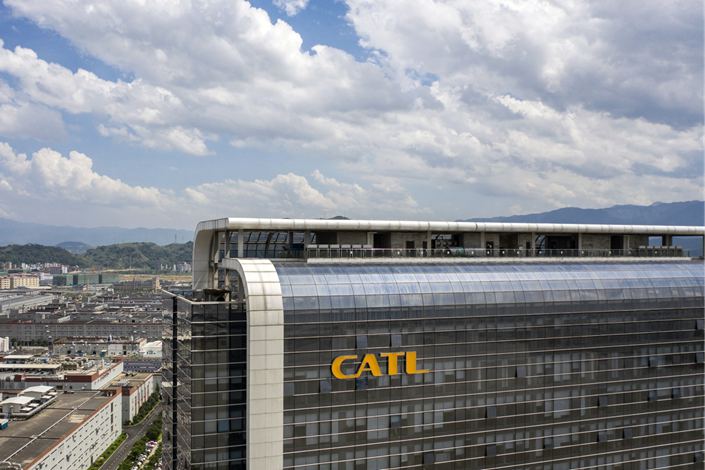 In Depth: The world’s No. 1 EV-battery maker juices up global expansion

The world’s largest producer of batteries for electric vehicles (EVs) has long pursued a global expansion. Back in 2018 it announced a $233 million factory in Germany.

But China’s Contemporary Amperex Technology Co. Ltd. (CATL) has pushed that into overdrive this year, with a flurry of moves to expand its production across three continents.

In August, the company announced a 7.3 billion euro ($7.2 billion) factory in Hungary. Caixin learned that plans for a production facility in Mexico have been finalized. There are also reports that CATL is considering plants in the U.S. and Indonesia.

China and the Vatican extend deal on appointing bishops

China and the Vatican agreed to extend a provisional agreement on the appointment of bishops in the Asian country for another two years, according to joint statements.

The decision was made after “friendly consultations” Saturday, Chinese Foreign Ministry spokesperson Wang Wenbin said at a press conference Monday. He did not elaborate on details of the agreement, which the Vatican had previously said was confidential.

China instructed local governments to facilitate access for international businesspeople to enter the country in a bid to stabilize foreign investment, especially in the manufacturing sector.

The move is part of measures in a document released Tuesday by six central government agencies including the National Development and Reform Commission (NDRC).

The Nasdaq Golden Dragon China Index of 65 Chinese stocks plunged a record 14% to close at its lowest level since April 2013.

A conglomerate backed by the Hubei provincial government took control of Shanghai-traded brokerage TF Securities Co. Ltd. in a flurry of transactions.

TF Securities disclosed in a Saturday filing that Hongtai Group, a financial holding company wholly owned by the Hubei government, became its controlling shareholder. Together with Wuhan Commerce and Trade Group, a party acting in concert, Hongtai controls 22.62% of TF Securities, according to the filing.

Tesla Inc. shares fell to their lowest point since June of last year after the carmaker lowered prices across its lineup in China, where competitive and economic pressures are intensifying.

While the price cuts are expected to attract more potential buyers, they have also incited dissatisfaction among car owners as Tesla China said in early October that it would not lower prices.