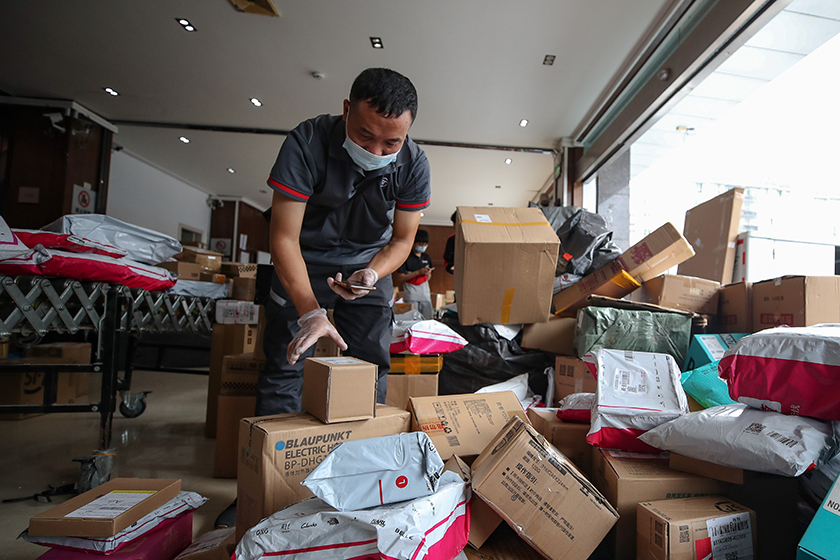 China’s cosmetics companies are just one sector to have cut marketing budgets for this year’s “Double 11” shopping season as retail spending continues to dwindle and logistics services suffer amid Covid-19 outbreaks.

Merchants are focusing on sales growth during the annual e-commerce bonanza instead of spending vast sums on marketing and promotional campaigns, which are failing to generate as many sales as in past years, cosmetics and skin care merchants told Caixin.

The Double 11 event, also known as “Singles’ Day,” is one of the biggest money-earners in the retail calendar. It originally fell on Nov. 11 but now runs from the end of October and lasts two to three weeks.

About 98% of new smartphones sold in China in the first half of the year were fitted with the nation’s home-grown GPS alternative BeiDou, officials said Friday during the launch of a white paper plugging the technology.

The near ubiquity of BeiDou in the devices gives policymakers something to tout in their efforts to make the technology the centerpiece of a domestic navigation market that has expanded at an average annual rate of 20% over the past 10 years, as well as a global rival to GPS, the U.S.-based satellite navigation system.

The sudden death of a high school teacher in Henan province sparked social media outrage over cyberbullying. A history teacher, surnamed Liu, apparently died of a heart attack Oct. 28 after teaching an online class during which she was harassed.

Although it remains unclear whether cyberbullying contributed to Liu’s death, many netizens called for strengthening supervision of online platforms and strict punishment for perpetrators.

An investigation by the country’s top anti-graft agency concluded that Hu violated party rules to take gifts and bribes, traded power for money, and breached regulations on the selection and appointment of officials.

Hu, a former secretary of the court’s leading party members group, was expelled from the Communist Party in September after coming under official investigation in April.

Opinion: It’s time to get serious about climate adaptation

Foxconn offers cash and rides to lure back runaway workers

Apple Inc. supplier Foxconn Technology Group is trying all means including higher pay to lure runaway workers back to its Zhengzhou factory as pandemic lockdowns and a worker shortage disrupt production.

Starting Nov. 1, Foxconn’s Zhengzhou factory offered an allowance of 400 yuan ($55) a day to any workers showing up for work this month, up from the regular attendance allowance of 100 yuan. Workers who continue to work for 25 days can get an additional bonus of 5,000 yuan. The factory is also hiring hourly paid workers, offering 30 yuan an hour until Feb. 15.

The company didn’t disclose details of investors in the latest financing. Sequoia Capital and some existing investors participated, according to people close to the company. The fundraising doubled Xiaoice’s value to $2 billion since the last round in July 2021.

A notice from the bourse prompted Zotye Automobile Co. Ltd. to deny a rumor that it will import a foreign-made electric-vehicle (EV) battery production line amid speculation it could best China’s market-leading Contemporary Amperex Technology Co. Ltd.

The Zhejiang province-based carmaker denied the rumor in a Monday exchange filing after receiving a notice from the Shenzhen Stock Exchange asking it to clarify the situation. The rumor had helped send its share price surging 10% on each of the past three trading days — the daily limit.

Fast-fashion upstarts are using Shein’s own strategies against it

From androids to antiques