CX Daily: The Secrets Behind a Chinese Banking Superstar’s Fall 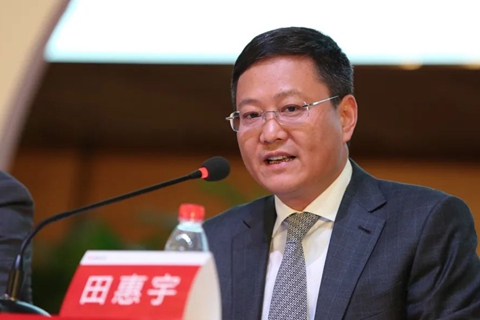 Tian Huiyu helmed one of China’s largest commercial banks for almost nine years, leading China Merchants Bank through a successful transition. Then he was removed by the bank’s board, expelled from the party and indicted on corruption charges.

In Depth: The secrets behind a Chinese banking superstar’s fall

China’s investigation into veteran banker Tian Huiyu has been one of the most watched financial corruption cases this year. Within the span of seven months, the former president of China Merchants Bank Co. Ltd. (CMB) was removed from his post and expelled from the Communist Party, after which prosecutors issued a warrant for his arrest.

The 56-year-old from East China’s Anhui province helmed one of the country’s largest commercial banks for almost nine years and led the retail stalwart through a period of transition. The details of his transgression, described by the nation’s top anti-corruption watchdog as “having no (party) disciplinary or legal bottom lines,” have not yet been published.

Xi said China will adhere to the basic principle of “one country, two systems” and strive for a peaceful reunification with the “greatest sincerity and effort,” Minister of Foreign Affairs Wang Yi said Monday in a statement published online.

Individuals in education who commit sexual or violent crimes against children will be banned for life from working in the industry, according to a new guideline issued by China’s top judicial bodies and the education ministry.

The guideline, which took effect Tuesday, clarified the rules on what circumstances should lead to a lifelong professional ban in the education field and how the ban should be implemented as the country stepped up efforts to protect minors in a schooling environment.

Two of China’s top regulators are encouraging financial institutions to provide more support for the country’s troubled real estate sector, calling on them to help developers extend or swap their debts, according to a notice dated Friday.

The notice, released by the People’s Bank of China (PBOC) and the China Banking and Insurance Regulatory Commission (CBIRC), sends a stronger signal of government support for the struggling real estate industry because the two agencies are more senior than other authorities that have announced detailed supportive measures, a banking source who declined to be identified told Caixin.

China’s main securities clearing house published a new system of standards for the country’s $200 billion green bond market, offering instructions on disclosing information about projects funded by the proceeds and their environmental benefits.

Food and drink fair fizzles as Covid-19 keeps crowds away

China’s largest food and beverages fair fizzled after Covid-19 restrictions meant fewer merchants could make it to the event, continuing a recent trend among exhibitions in the country.

The 106th China Food & Drinks Fair opened Thursday in Chengdu, Southwest China’s Sichuan province, despite calls from many merchants to postpone the three-day event — the largest exhibition in the food and beverage industry.

Numerous merchants that had registered failed to arrive in the city on time due to Covid travel restrictions, leaving swathes of empty booths.

Higher prices for Baotou Steel Union’s output of the key materials for green technologies could lead to a broader price increase for the minerals, raising costs for makers of electronics, clean energy devices, aerospace, automotive and defense goods. China has the world’s largest deposits of the 17 closely related rare earth metals.