CX Daily: China Lines Up Yet More Aid for the Property Sector, But Will It Be Enough? (Part 1） 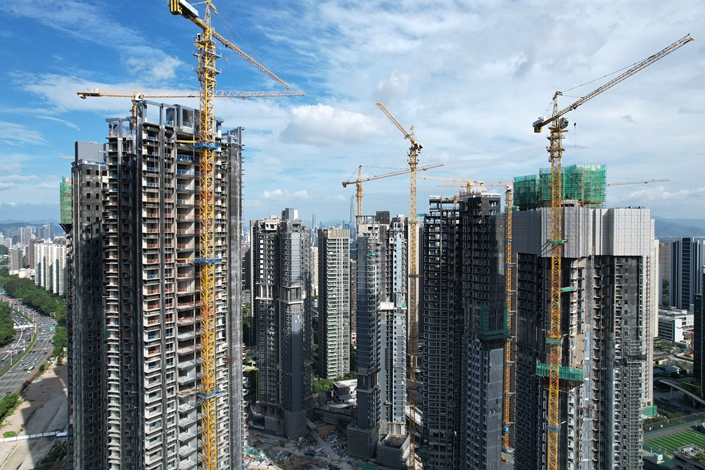 Cover Story: China lines up yet more aid for the property sector, but will it be enough? (Part 1）

China is poised to roll out more policies to assist developers in an increasingly desperate attempt to arrest a protracted downturn of the multitrillion-dollar property sector, a key pillar of the world’s second- largest economy, Caixin learned from sources close to policymakers.

However, reversing the downturn in which housing sales plunged 28.4% in the first 10 months this year, will not be easy, and relying solely on financial tools may not be enough as the industry is undergoing fundamental change, analysts said.

Any substantial recovery will also depend on restoration of consumer confidence and the revival of the overall economy, they said. Growth slowed to 3.9% in the first three quarters, well below the 8.1% for all of last year and the government-set target of around 5.5% for 2022.

Seven of Guangzhou’s 11 districts eased Covid-19 testing, sparing people from the requirement who have no need to leave their homes, as the capital of South China’s Guangdong province attempts to reduce crowd infection risk and save resources.

Local meteorological stations issued a red warning for a cold front Saturday, the first such alert since 2008 when Xinjiang began providing weather disaster warnings. The city of Fukang in central-north Xinjiang experienced a temperature drop of 26.5 degrees Celsius in just 24 hours.

Zhao, a long-time party official in East China’s Zhejiang province, took over from Liu Guozhong, who was promoted in October to the Communist Party Central Committee’s 24-member Politburo, the country’s top decision-making body.

Factory sales to distributors of passenger cars in China, the world’s largest automobile market, are on track to decline in November, snapping five consecutive months of increases as repeated lockdowns across the country under the “zero-Covid” strategy disrupt consumer spending and seize up logistics networks.

From Nov. 1 to 20, factory sales of passenger cars decreased 8% from the same period last year to 933,000 units, according to data from National Passenger Cars Association, an industry group. That compared poorly to October’s year-on-year growth of 11%.

Multiple major cities in China will not be able to complete their annual land sale plans as cash-strapped property developers are still reluctant to bid despite of a raft of supportive government policies.

This year, 22 cities including Beijing, Shanghai and many provincial capitals planned to offer 31,814 acres of land for centralized auction, but only 55% of the property has been sold with a little more than a month left in the year. Chinese municipalities generate a significant share of their annual budgets from the sale of land-use rights.

Chipmaker gets go ahead for $1.7 billion Shanghai IPO

Editorial: China law against unfair competition should have lofty goals

What Chinese seniors have to say about vaccination

Shanghai Marathon back on track