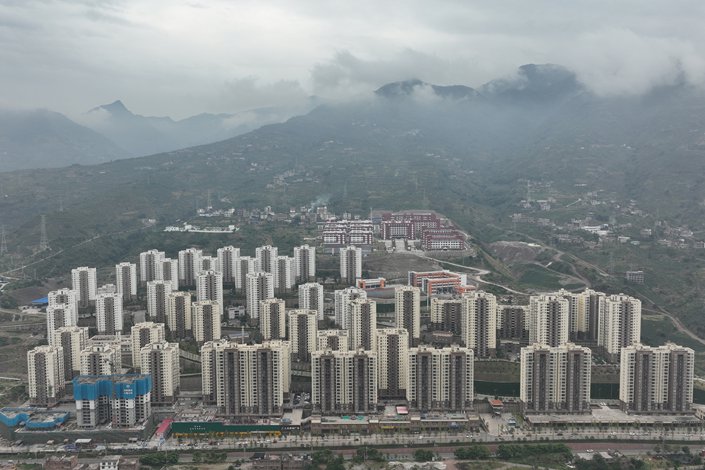 The industry’s size and weight in the economy will both decline.

Former Chinese President Jiang Zemin died Wednesday due to multiple organ failure while suffering from leukemia, according to the state-run Xinhua News Agency. He was 96.

Jiang was pronounced dead at 12:13 p.m. in Shanghai, Xinhua reported, citing a joint statement issued by China’s top political and military organs, which called Jiang’s death “an incalculable loss to the party, the army and the people of all ethnic groups in China.”

The southern Chinese metropolis of Guangzhou said Wednesday that it would allow close contacts of Covid cases who meet certain conditions to undergo quarantine in their own homes in an effort to “optimize” local anti-epidemic measures.

Zhang Yi, deputy director of the city’s health commission, announced the change at a press conference. Zhang did not elaborate on the conditions but said that in principle close contacts would still be subject to centralized quarantine.

China plans to roll out new rules to expand special social assistance to more people having trouble making ends meet, a move that could benefit 63 million people currently being tracked as part of the country’s poverty eradication campaign.

The new rules will apply to around 6.1 million people on the cusp of qualifying for China’s basic living allowance as well as 6.8 million more who are under temporary financial strain, according to Liu Xitang, head of the Department of Social Assistance at the Ministry of Civil Affairs. That’s on top of the 45 million poor who already receive some form of government assistance.

Hong Kong reported Wednesday that its Exchange Fund lost HK$100.1 billion ($12.8 billion) on its investments for the third quarter this year, citing an “extremely harsh” environment that led to losses on stocks, bonds and currencies.

The unaudited quarterly loss, the third in a row, marked the Exchange Fund’s third-worst result in available figures dating back to 2001, according to the Hong Kong Monetary Authority (HKMA), which manages the fund.

Fu Xiaodong, former president of the Henan branch of China Development Bank, was expelled from the Communist Party, removed from public positions and turned over to prosecutors on corruption charges, the country’s anti-graft watchdog said Monday.

The banker was found to have illegally accepted banquets, expensive gifts and shopping cards from his supervision targets, clients and subordinates, the Central Commission for Discipline Inspection (CCDI) said in a statement. In exchange, he provided preference in hiring and promotions, help in bond underwriting and obtaining loans for companies, and illegal intermediaries in clients’ project bidding.

China’s Covid testing companies are coming under increasing public criticism for profiting from the country’s “zero-Covid” strategy after a major testing lab was found to have reported fraudulent test results in multiple cities.

Troubled developer Sunac China Holdings Ltd. estimated that it swung tens of billions of yuan into loss last year after previously forecasting billions in profit as it makes provisions for mounting losses from properties and other business contracts.

The company attributed the loss forecast to the recurrence of Covid-19, the rapid downturn in property sales and significant changes in the company’s operating environment, according to a Tuesday filing with the Hong Kong Stock Exchange.

During the three months through September, Nasdaq-traded Kanzhun Ltd. logged a net profit of 211.7 million yuan ($29.8 million), representing a year-on-year drop of 26%, and recorded a 2.7% decline in quarterly revenue to 1.18 billion yuan, according to the company’s earnings report released Tuesday.

What Chinese seniors have to say about vaccination