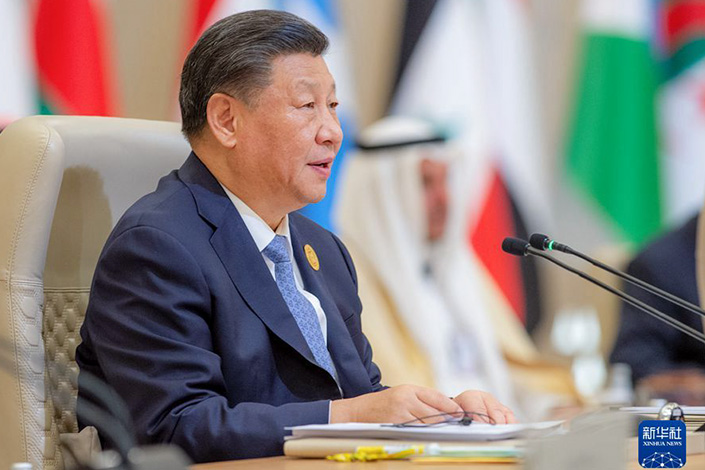 The momentum of China’s head-of-state diplomacy campaign built to a grand finale in the Middle East as the year came to a close.

After attending G-20 and APEC summits in November, President Xi Jinping addressed the inaugural China-Arab States Summit and the China-Gulf Cooperation Council (GCC) Summit in Saudi Arabia’s capital Riyadh. He also made a state visit to the host nation from Dec. 7-10, six years after his last visit to the Middle East.

China will stop requiring inbound travelers to go into quarantine and remove restrictions on international flights beginning Jan. 8, the National Health Commission said Monday, in a major step toward opening up the country’s borders that have been largely shut for the last three years.

Travelers entering China from abroad will no longer need to apply for a Health Code from China’s embassies overseas, but they will still need to have a negative nucleic acid test result within 48 hours before departure, the health authority said. Upon arrival, travelers also don’t need to get PCR test.

The owner of a hair salon chain in eastern China’s Jiangsu province was sentenced to 16 years in prison for illegal public fundraising and fraud involving more than 1 billion yuan ($143 million).

A court in Nantong found that Fuyuan Beauty Salon Chain Co. Ltd., which operated 300 stores and franchised 3,000 other locations in several cities, illegally raised more than 1 billion yuan from the public and employees by promoting high-return equity investment projects from 2013 to 2019.

A metropolis in South China’s Guangdong province abolished restrictions on who can buy properties and how many they can purchase as large cities step up demand-side support to restore sluggish market confidence.

Dongguan, a city with a population of 10 million, announced Monday that homebuying restrictions in five downtown districts will be suspended, building on a previous policy that scrapped the curbs in other areas of the city.

Searches for international flights on Chinese online travel platforms surged by up to tenfold after it was announced inbound entry restrictions would be lifted from early next month, as citizens largely cut off from overseas trips over the last three years due to Covid sought to spread their wings once again.

Tesla Inc. paused production at its Shanghai plant for the final week of 2022, stoking concerns about a lack of demand in China following the recent expansion of the facility, as well as fallout from the country’s growing Covid wave.

A Tesla representative told Caixin that the assembly line is under planned annual maintenance, with workers taking the week off. The representative said the company had not stopped production of charging stations and other products.

How the key to cutting-edge chips came out of the Netherlands, and not China