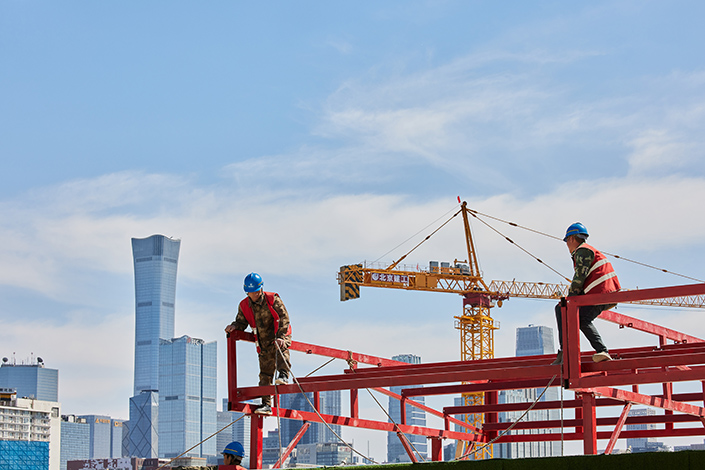 Just as the third year of the Covid-19 pandemic was drawing to a close, China’s policy pendulum finally swung from stamping out and controlling spread of the virus toward spurring economic growth, leaving everyone pondering: How will the world’s second-largest economy perform in 2023?

China in late November began abandoning most pandemic restrictions, ending the hyper-strict “zero-Covid” strategy that had taken an increasingly heavy toll on its economy and its people.

In the few short weeks since ditching the tough Covid measures, policymakers have sent clear signals that the country would be emerging from its pandemic footing and the priority is now once again fueling economic growth.

All eyes were on China in 2022 as it went through a major political reshuffle during the 20th National Congress of the ruling Communist Party. It also marked the country’s return to the world stage as President Xi Jinping ventured out of the country for the first time in almost three years since the outbreak of the Covid-19 pandemic.

The year coincided with substantial external and internal challenges as the country entered a diplomatic vortex in the Russia-Ukraine conflict, which lasted throughout the year, and continued to face technology sanctions and heightened pressure on the Taiwan issue from the U.S., all while coping with economic slowdown and public anger stemming from Covid controls.

Activity in China’s manufacturing sector contracted for the fifth consecutive month in December as Covid-19 fare-ups across the country continued to weigh on both supply and demand, a Caixin-sponsored survey showed Tuesday.

The Caixin China General Manufacturing Purchasing Managers’ Index (PMI), which gives an independent snapshot of the country’s manufacturing sector, came in at 49 in December, down from 49.4 the previous month and remaining below 50 for five months in a row. Readings lower than 50 signal contraction.

China and Singapore widened investor access to each other’s stock markets through exchange-traded funds (ETFs) as another two such funds listed Friday.

The listings mark the latest effort by both Asian countries to deepen financial cooperation.

The two funds, part of the ETF link between the Singapore Exchange and the Shenzhen Stock Exchange, have combined assets under management of more than S$270 million ($201 million), the Singapore bourse said Friday in a press release.

The China Banking and Insurance Regulatory Commission’s (CBIRC) branch in Chongqing said Friday that it approved Chongqing Ant Consumer Finance Co. Ltd. to expand its registered capital to 18.5 billion yuan from 8 billion yuan. Ant Group set up the subsidiary in 2021 to operate its online lending business.

Regulators crack down on Tiger Brokers and Tencent-backed Futu

Editorial: Face up to the changed world

Year in Review: China’s property market at a turning point

For 20 years, the real estate sector was a major driver of China’s economic growth. But in 2022 it became a drag amid an unprecedented crisis in credit, confidence and liquidity.

The government eased property policies on both the supply and demand side last year to prevent contagion risks in the hope that the market will rebound as it has in past business cycles.

More of China’s domestic travelers took trips out of town during the past New Year holiday than in 2022, industry data show, illustrating the impact that the end of the “zero-Covid” policy has had on tourism in the country.

About 60% of users of online travel agency Trip.com chose to travel to another provincial-level region during the three-day weekend that ended Monday, up from 40% last year, company data show. Data from another online travel agency, Ly.com, showed that holiday travelers made 67.6% of their hotel bookings in a different city, up from 51.3% in 2022.

With jobs at home scarce, young Chinese are heading to Africa

Ring in the New Year outside