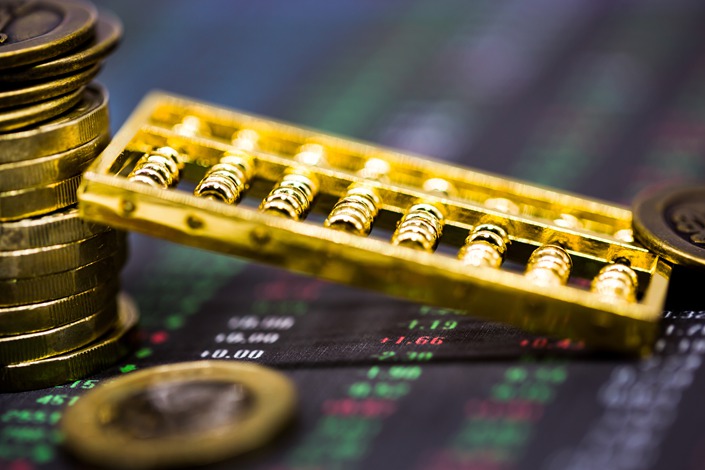 Many retail investors in China are only now learning about the risks of investing in wealth management products after plunging values triggered by the onshore bond market rout stoked panic. Photo: VCG

In Depth: Behind the massive sell-off in Chinese wealth management products

When Li Ming put around 10,000 yuan ($1,450) in a wealth management product (WMP) in November, he expected nothing short of a fool-proof investment. But within just a few days, local bond market turmoil led to plunging values of WMPs, which had invested heavily in bonds, stoking panic among retail investors including Li.

“It’s supposed to be a low-risk WMP, and I have never taken a loss from such products before,” he told Caixin in late November. “I might as well have deposited the money into my bank account.”

Pfizer CEO dismisses reports of a Paxlovid generic for China

Pfizer Inc. CEO Albert Bourla shot down reports that the pharmaceutical giant is working with a company in China to make generic versions of its breakthrough Covid drug Paxlovid for the domestic market.

However, domestic production of branded Paxlovid for the local market is expected to start in the first half of the year, Bourla said Monday at the JPMorgan Healthcare Conference in San Francisco.

Eighteen Chinese provinces and municipalities unveiled plans to sell more than 1 trillion yuan ($146 billion) of local government bonds during the first quarter as authorities step up spending to bolster the economy.

As of Monday, the 18 localities including Henan, Zhejiang, Jiangsu and Shandong provinces disclosed plans to issue a total of 143.4 billion yuan of regular government debt plus 899.8 billion yuan of special purpose bonds (SPBs), according to Caixin calculations based on public information. SPBs are off-budget debt instruments issued by local governments that are typically used to fund infrastructure projects whose debt can be repaid from the cash flow they generate.

Chinese developers are facing growing pressure on debt repayment as 958 billion yuan ($141 billion) of onshore and offshore bonds come due by the end of this year, data from a property think tank show.

The figure is 70 billion yuan more than last year, Liu Shui, a senior researcher at the China Index Academy, wrote in a note Monday. Bonds issued in the onshore market account for nearly two-thirds of the total, the academy said in a separate report Friday.

China receives over 250,000 arrivals on day one of border reopening

China’s steel production in 2022 fell 2.2% from the previous year to an estimated 1.01 billion tons as the economic slowdown and the protracted property slump sapped demand, according to Qu Xiuli, vice chairman of the China Iron and Steel Association (CISA).

China’s crude steel production totaled 935 million tons in the January-to-November period, down 1.4% from a year earlier, Qu said Sunday at an industry summit. December production has yet to be reported.

China’s ad and gaming revenue will bounce back this year, UBS says

China’s online advertising and gaming revenue will rebound this year as a long-running tech crackdown winds down and the economy recovers with the end of the “zero-Covid” policy, UBS analysts said.

Covid is rife at China’s colleges. Exams are going ahead anyway