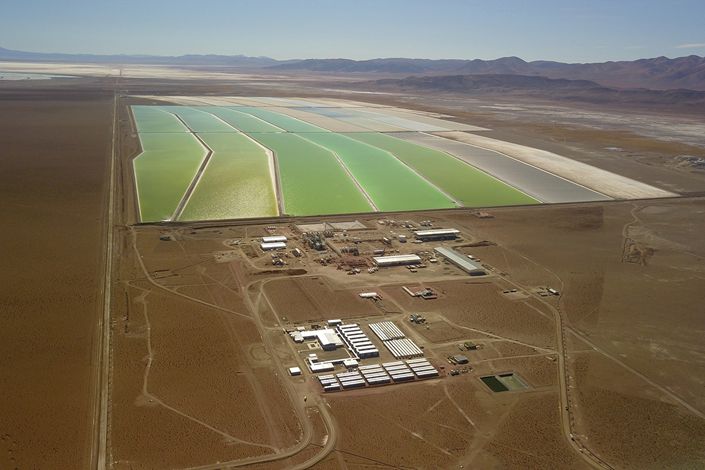 In Depth: Lithium tops out

Companies along China’s electric vehicle (EV) supply chain, from miners to battery-makers and car companies, have been riding high on an EV buying spree. And the price of lithium, a key raw material in most electric car batteries, has soared in tandem, drawing billions in capital from a diverse group of investors.

But the wave of demand downstream is breaking, leading analysts and industry insiders to predict a supply glut and plunging prices of the metal this year.

‘China’s door to the outside will only open wider,’ Vice Premier Liu He says

China’s top economic official reassured global political and business leaders at the World Economic Forum (WEF) that the country is committed to further opening-up and to embracing global cooperation.

China’s national reality dictates that opening up to the world is a must, not an expediency, Vice Premier Liu He said Tuesday in a special address at the annual meeting in the Swiss alpine resort of Davos. The WEF brings together more than 2,700 delegates from around the world.

Charts of the Day: China’s FDI growth slowed but ‘steady’ in 2022

Growth in foreign direct investment (FDI) into the Chinese mainland slid to 8% in 2022 from 20.2% in 2021, a pace the Ministry of Commerce described as “steady” despite the slowdown.

In U.S. dollar terms, investment was $189.1 billion, the Commerce Ministry said Wednesday. In yuan terms, FDI into the mainland rose 6.3% to 1.2 trillion yuan. That was down from a 14.9% pace in 2021 which was a record high inflow of foreign investment, previous statements by the ministry show.

China’s game licensing regulator greenlit a fresh batch of titles for market for the third time in three months, adding certainty for enterprises like Tencent Holdings Ltd. and NetEase Inc. after years of sporadic approval freezes.

The National Press and Publication Administration (NPPA) issued 88 domestic game licenses Tuesday, four more than in December. The latest approvals include games from Tencent, NetEase, miHoYo Co. Ltd. and Perfect World Co. Ltd., some of which had years of testing and have amassed millions of pre-registrations from prospective players.

The combined profits of China’s centrally administered state-owned enterprises (SOEs) grew faster than the country’s GDP in 2022. That’s according to the government body that oversees them, which aims to repeat the feat this year.

Opinion: Defining, building and governing a metaverse for all